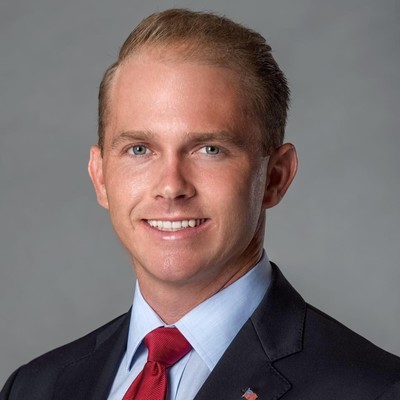 The Convention of States Project is pleased to announce that Congressman William Timmons of South Carolina has officially declared his endorsement for our movement.

"From rampant federal spending that has created $23 trillion in national debt to career politicians that put their political interests before the people they represent, our government is clearly in crisis," Timmons writes.

"The Convention of States promises to be the solution that the Founders envisioned when drafting our constitution in 1787."

Check out the Congressman's full letter:

I am writing this letter to offer my support to convening a Convention of States – a right secured for the states by our Founding Fathers through Article V of the Constitution. The Founder's vision was for our government to derive its power from the people and took steps to ensure they had the ability to amend the Constitution in potential times of crisis.

Over the course of my first year in Washington, I have witnessed firsthand how our government often betrays the spirit of the Constitution's opening words "We the People," by forgetting about those who placed them in power in favor of special interest groups. From rampant federal spending that has created $23 trillion in national debt to career politicians that put their political interests before the people they represent, our government is clearly in crisis.

The Convention of States promises to be the solution that the Founders envisioned when drafting our constitution in 1787. By enacting amendments that require a balanced federal budget, imposing term limits on members of Congress, and curbing the power and jurisdiction of the federal government, we can restore federalism and our system of limited government that is of the people, by the people, and for the people.

I fully support this effort to restore the liberties that our Constitution guaranteed to us. Together, we can work to solve the problems that our government faces today and I look forward to working with you in the future.

Congressman Timmons joins a growing list of high-profile endorsers, who are fed up with the status quo in Washington, D.C.

If you want to join Rep. Timmons, sign the petition below!