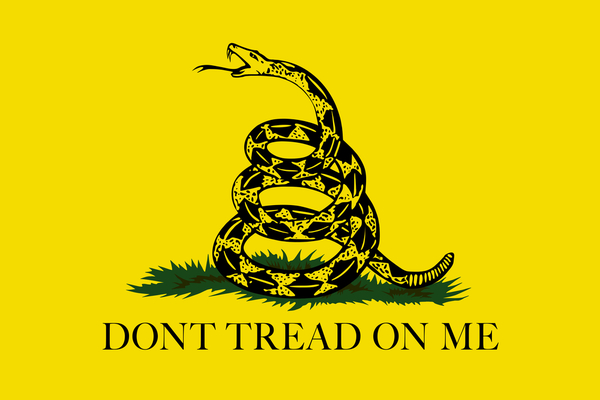 The following excerpt was written by FITSNews, a South Carolina news service.

The South Carolina Libertarian party joined the Palmetto State’s dominant Republican party this weekend in embracing the concept of a convention of states to propose amendments to the U.S. Constitution – lending fresh momentum to a burgeoning grassroots movement.

In urging state lawmakers to support “constitutional amendments that impose fiscal restraints on the federal government, and limit the terms of office for members of congress,” the Libertarian resolution specifically cited Article V legislation recently introduced at the S.C. State House (H. 3125 and S. 112).

The resolution also stipulated that any Article V resolution approved by state lawmakers must be “specifically restricted to addressing the aforesaid issues.”

Here is a look at the Libertarian resolution … 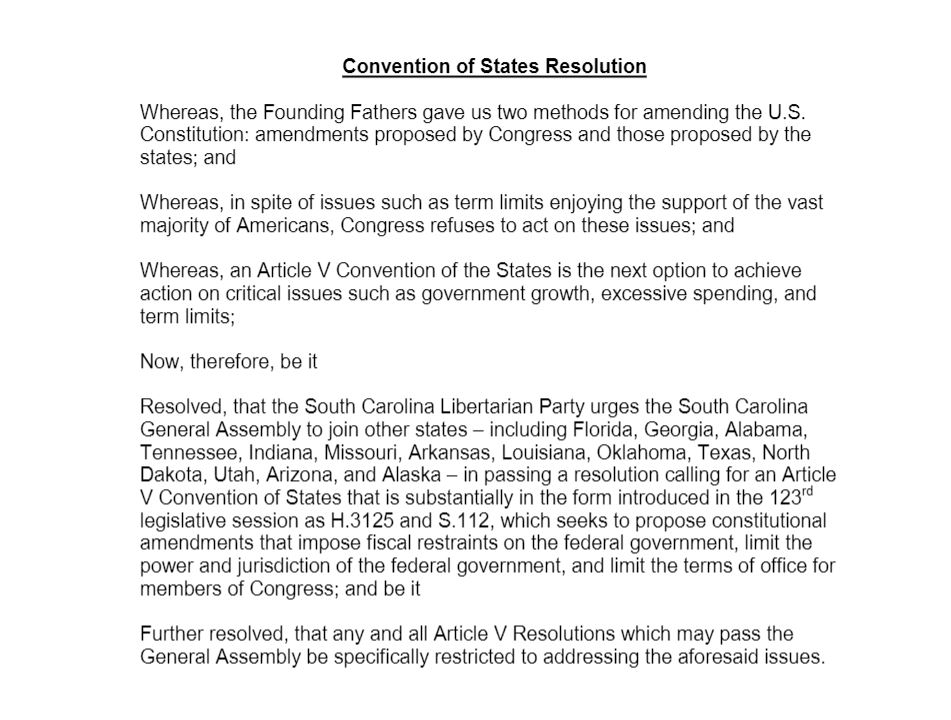 The GOP resolution – which passed the party’s state convention back in May – was similarly worded, calling for an Article V convention that was “specifically limited to proposing amendments to the Constitution of the United States that impose fiscal restraints on the federal government, limit the power and jurisdiction of the federal government, and limit the terms of office for its officials and for members of congress.”

This is great news from South Carolina! If you want to join the team in your state, sign the Convention of States Petition below!