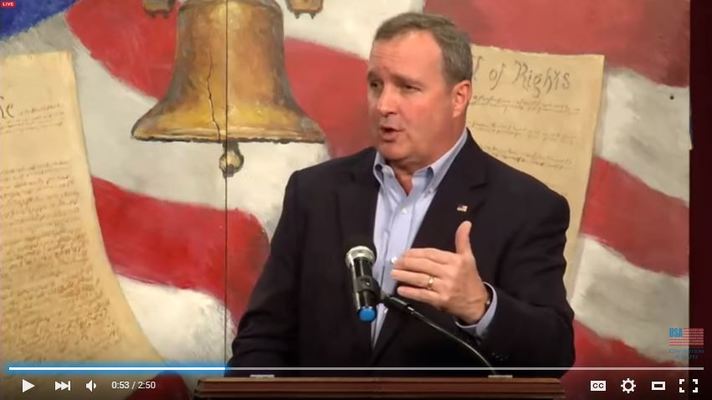 This endorsement reflects the growing dissatisfaction with the status quo in Washington and follows other recent endorsements of the Convention of States Project this year by presidential candidate Sen. Marco Rubio, Texas Gov. Greg Abbott and Thomas Sowell, American economist and Senior Fellow at the Hoover Institution, Stanford University.

Congressman Duncan said, “It is growing more and more evident that the solution to America’s challenges will not come from Washington, but from the people. Thankfully, the people have been given a Constitutional solution in Article V—one that enables the states to reclaim their rightful power. At this time in our Nation’s history, I believe our only meaningful legal recourse for the ongoing abuses of power in Washington, D.C. is to use Article V by calling for a convention of states to propose amendments that will rein in our runaway federal government. That’s why I am proud to lend my full support for the Convention of States Project, as the only solution big enough to tackle America’s challenges.”

“Congressman Duncan emphasizes our point that Washington has grown too big and has overstepped its constitutionally limited powers,” said Mark Meckler, President of Citizens for Self-Governance and co-founder of the Convention of States Project. “The ultimate keepers of the rule of law and the Constitution are the people.  Their power is exercised through the state legislatures, where decisions are made closer to the people.  An Article V Convention is the ultimate exercise of this power.  We thank Congressman Duncan for taking leadership and encouraging the people of South Carolina to join the movement for a Convention of States.”

More and more statesmen and constitutional expert are stepping up to urge citizens and state legislators to use this constitutional tool before it is too late.