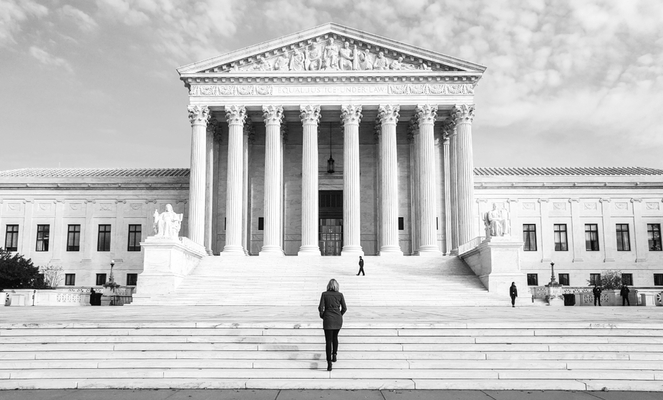 This Constitution Week, we've delved into the history and original text of the United States Constitution, but we're not done examining this historical document quite yet, because the Bill of Rights deserves our undivided attention as well.

Constitution Deep Dive pt. 1 - The apex of western civilization
Constitution Deep Dive pt. 2 - A document like no other
Constitution Deep Dive pt. 3 - The Father of the Constitution
The Bill of Rights is arguably the most important section to our Constitution. These ten amendments were added promptly following the Constitutional Convention of 1787. On September 25, 1789, the first ten amendments were proposed and were then ratified in 1791.
Originally, there were 12 amendments drafted and proposed by James Madison in the Bill of Rights. However, the states did not meet ratification requirements under Article V for two of the proposed amendments. One of the failed amendments sought to address the number of seats in the House of Representatives. The other proposed amendment was eventually ratified in 1992 and prohibited Congress from giving itself a pay raise, which is now the 27th Amendment to the Constitution.
The original 10 amendments that passed in the 18th century guaranteed personal freedoms and limitations to the government's authority that are fundamental to our nation today. While the First and Second Amendments are widely known, today's school systems have failed to properly educate students on the basic rights they possess as Americans.
It's much easier for the government to take away rights when the population isn't educated on what rights they actually have. As such, Constitution Week serves as a good reminder of what makes up our founding document and what guaranteed rights we have.
First Amendment – The right to freedom of religion, speech, press, the right to peacefully assemble and petition the government.
Second Amendment – Guarantees that the right to own firearms cannot be prevented.
Third Amendment – Private homeowners cannot be forced to quarter (provide food and board) for soldiers.
Fourth Amendment – Protects citizens from unreasonable searches and seizures (without a just cause), and a citizen cannot be arrested without probable cause.
Fifth Amendment – Ensures citizens of a due process of law, states that capital crimes must be tried by a jury; and that a person cannot be tried twice for a crime once judgment has been rendered.
Sixth Amendment – Right to “a speedy and public trial, by an impartial jury” in the district in which the crime was committed. The accused has the right to be informed of the charges against him, can cross-examine witnesses, can bring forward witnesses in their favor, and has the right to a lawyer.
Seventh Amendment – Provides for trial by jury when the value of the dispute is greater than twenty dollars, and once a decision is made, the person cannot be retried for the same crime.
Eighth Amendment – Protects citizens from excessive bail, fines and from “cruel and unusual” punishments.
Ninth Amendment – Rights defined in the Constitution cannot cause the suppression of any individual rights “retained by the people.” The rights of the individual always outrank those of the government when they are in conflict.
Tenth Amendment – Any “powers not delegated, nor prohibited by it to the States” are reserved for the people. Any power or authority that the Constitution does not assign to the government is automatically held by the states and the people.
It becomes difficult to defend against government abuses when citizens aren't informed of what their rights are. We must continue to educate ourselves on our unalienable rights, or else these rights slowly disappear.
To learn more about the Bill of Rights click here, and make sure to sign the COS petition below to show your support.