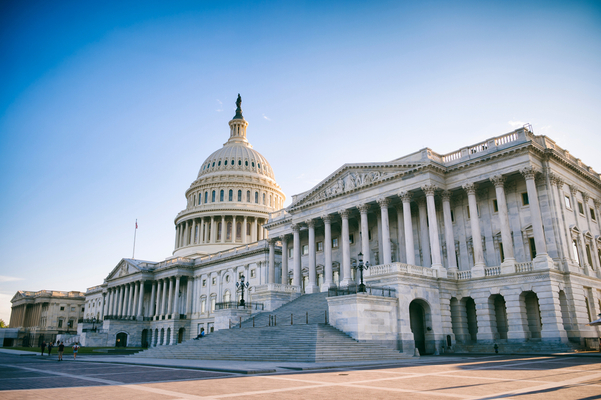 Nearing three years since the onset of Covid-19, a bipartisan effort within Congress is seeking to finally end the Covid-19 national state of emergency that has been exploited for control in government.

The emergency is over. Biden has clearly said so himself. Yet he's not willing to let go of the benefits that only come when an emergency status is enacted.

With bipartisan support, the Senate passed a resolution this week calling for the termination of the national emergency declared on March 13, 2020. In a 61-37 vote, the resolution passed with sweeping support.

"Just two months ago, the president stated the coronavirus pandemic was 'over' in a 60 Minutes interview," said the resolution's sponsor Sen. Roger Marshall (R-KS). "Yet despite all the advances we’ve made in our fight against the virus and the victorious declaration by our chief executive, this administration insists the national emergency declaration remain in place."

In 2020 when Covid was still unknown, there were obvious reasons to implement emergency protocols. However, Biden extended the emergency status in February 2021 and 2022. Last March the same effort was split in the Senate 48-47 along party lines and failed to proceed anywhere in the House.

It's become a clear way for the federal government to obtain and abuse power. From extra funding to lockdowns and out-of-the-blue orders, it's easy to abuse power when it's excused as a crisis response. Even the White House's now unconstitutional student loan plan was executed under these emergency powers.

This week, every Republican senator supported the resolution as well as 11 Democrats, including high-profile names such as Senators Amy Klobuchar and Tim Kaine.

Now the difficulties will lie in passing the House, which is still under Pelosi's leadership until January.

"The idea of an indefinite emergency undermines the rationale for declaring an emergency power in the first place," said Ilya Somin, a George Mason University law professor who is also a Cato Institute scholar. "Sometimes you need to act quickly, and Congress can't do that, which is reasonable. But there should be a time limit unless Congress votes to extend it."

It's clearly taking advantage of the system but that's not anything new for these Washington cronies. What is new, however, is the pushback and the vocal involvement from engaged citizen activists.

We see through the lies and we're going to call a Convention of States to "alleviate" them from their authority. The best part of all – they won't be in attendance when We the People come together to consider limits to the federal government's size and power.

Sign the COS petition below to offer your support!