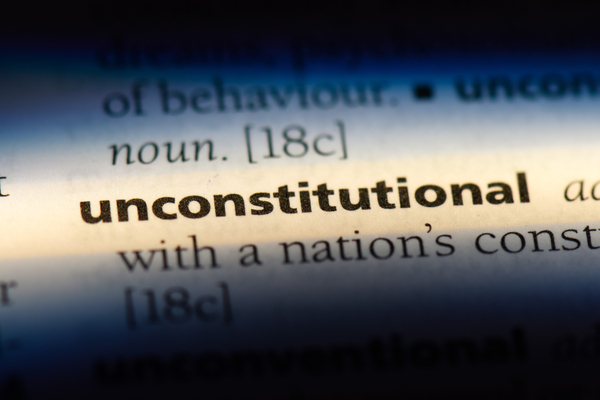 In a federal court ruling on Thursday, Texas Judge Mark Pittman ruled against President Biden’s student loan forgiveness program that would have provided billions of dollars in funding to millions of young adults.

Several lawsuits have been filed against Biden’s attempts to sidestep Congress and push through funding through executive orders. The lawsuit responsible for halting the program once and for all was filed last month by Job Creators Network Foundation.

The group cited a violation of federal procedure because it was not put through the notice-and-comment time as required by the Administrative Procedure Act.

The Texas judge agreed with this concern in his decision, pronouncing it an “unconstitutional exercise of Congress’s legislative power and [it] must be vacated.”

As previously reported by COSA, the program was already on pause by the 8th Circuit Court of Appeals, under the question of its constitutionality and its abuse of power.

However, the Justice Department has promised to appeal the latest decision.

Truly, this is a victory for constitutional rule of law.

Whether or not this federal court’s ruling will stand against the power of the Justice Department, it is a testament to the wisdom of our Founding Fathers who created the three branches of government to check the others.

According to CBS News, nearly 26 million Americans had provided their information to the Department of Education to have their loan debts forgiven.

Each individual could receive up to $20,000 of debt forgiveness. If each individual currently signed up receives the full amount they could be entitled to, it would cost America $520 trillion.

Our executive branch is wildly out of control.

The White House enticed young voters with this plan just months before the midterm elections, only its course of action was knowingly unlawful from the start and has now been ruled unconstitutional. Yet students were drawn to the money, which is evident in new data showing roughly 60% of 18-29-year-old voters supported Democratic candidates in this week's elections.

This approach to student loan forgiveness was an intentional abuse of power and the White House knew it could never hold up in the courts.

An Article V Convention of States would not only limit the jurisdiction of a bloated federal government but also could impose fiscal responsibility.

The power of the federal government needs to be limited, and this Texas court cannot do it alone, we the states must step up.

Join us by signing the petition calling for a Convention of States below.