is a national effort to call a convention under Article V of the United States Constitution, restricted to proposing amendments that will:

2) limit its power and jurisdiction, and

3) impose term limits on its officials and members of Congress.

Washington, D.C., is broken. The federal government is spending this country into the ground, seizing power from the states and taking liberty from the people. It’s time American citizens took a stand and made a legitimate effort to curb the power and jurisdiction of the federal government. Something so vitally important requires a commitment to truth and a look upon historical evidence~ We present them here on this web page.

"But such is the irresistible nature of truth,
that all it asks, and all it wants is the liberty of appearing." —Thomas Paine

"Humanity has won its battle.
Liberty now has a country."— Marquis de Lafayette

Professor Robert G. Natelson, who contracts with II, heads the Institute’s Constitutional Studies Center and its Article V Information Center.  He is a nationally known constitutional scholar and author whose research into the history and legal meaning of the Constitution has been cited repeatedly at the U.S. Supreme Court, federal appeals courts, and state supreme courts—both by parties and by U.S. and state Supreme Court justices and by federal appellate judges.  He is widely acknowledged to be the country’s leading active scholar on the Constitution’s amendment procedure and among the leaders on several other topics. In September, 2018 he was named a Senior Adviser to the Convention of States Project.

NOT ONE OPPONENT TO THE CONVENTION OF STATES HAS PUBLISHED A LEGAL TREATISE OR SCHOLARLY LITERATURE, because that requires following historical evidence.

The Law of Article V: State Initiation of Constitutional Amendments

Why the Founders Adopted the Proposal Convention in Article V. An early draft of the Constitution permitted amendments to be proposed and adopted only by a multi-state convention.[52] Then the Framers added provisions allowing Congress to propose amendments and requiring state ratification.[53] Congress received the power to propose because the Framers believed that Congress’s position would enable it readily to see defects in the system. However, some delegates—notably George Mason of Virginia—pointed out that Congress might become abusive or exceed its powers.[54] It might refuse to adopt a necessary or desirable amendment, particularly one designed to curb its own authority. Accordingly, the Framers inserted the convention for proposing amendments as a way for the states to present corrective amendments for ratification without substantive congressional participation.[

Article V Information Center
A Project of the Independence Institute

President Ronald Reagan famously quipped, "It isn't so much that liberals are ignorant. It's just that they know so many things that aren't so."

Reagan's observation perfectly describes many opponents to an Article V Convention of States.

Even though more than enough evidence exists to prove the Convention of States Process is safe, these people choose to believe the myths propagated by forces that want to maintain the status quo in D.C.

These myths are just that. They're grounded in fear and have no basis in history or legal precedent. 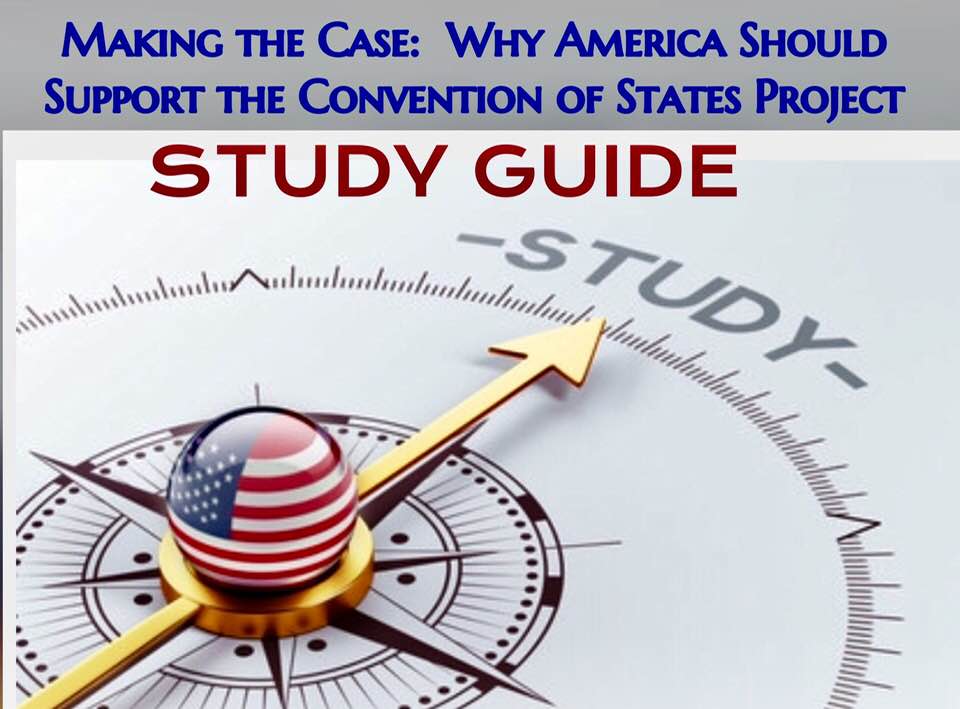 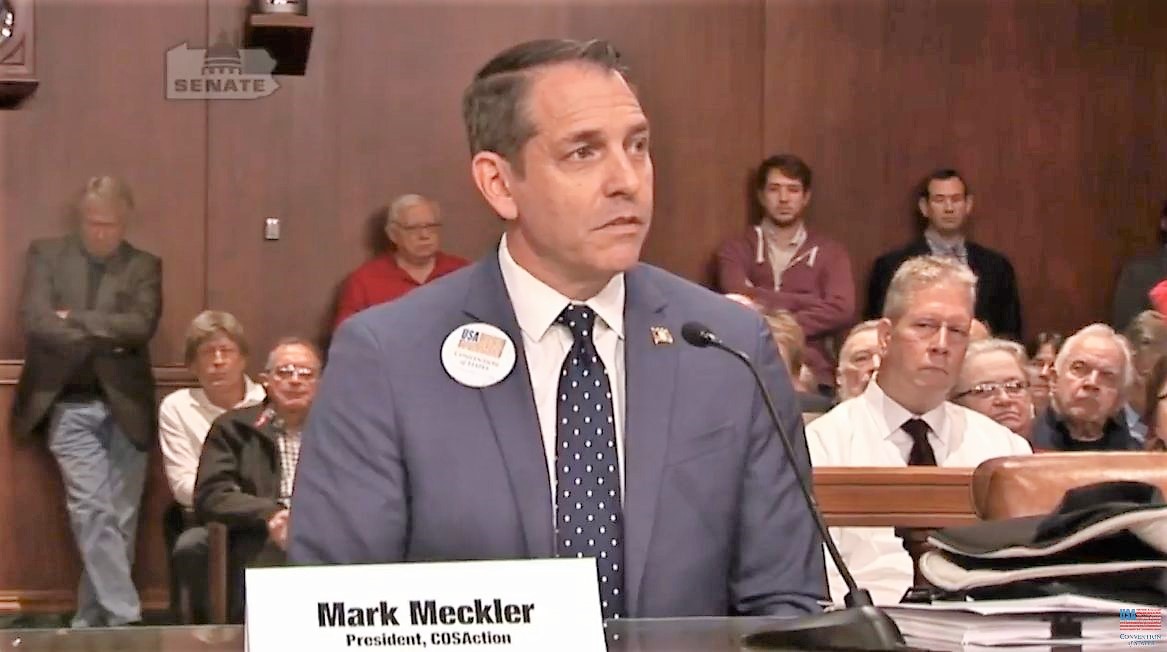 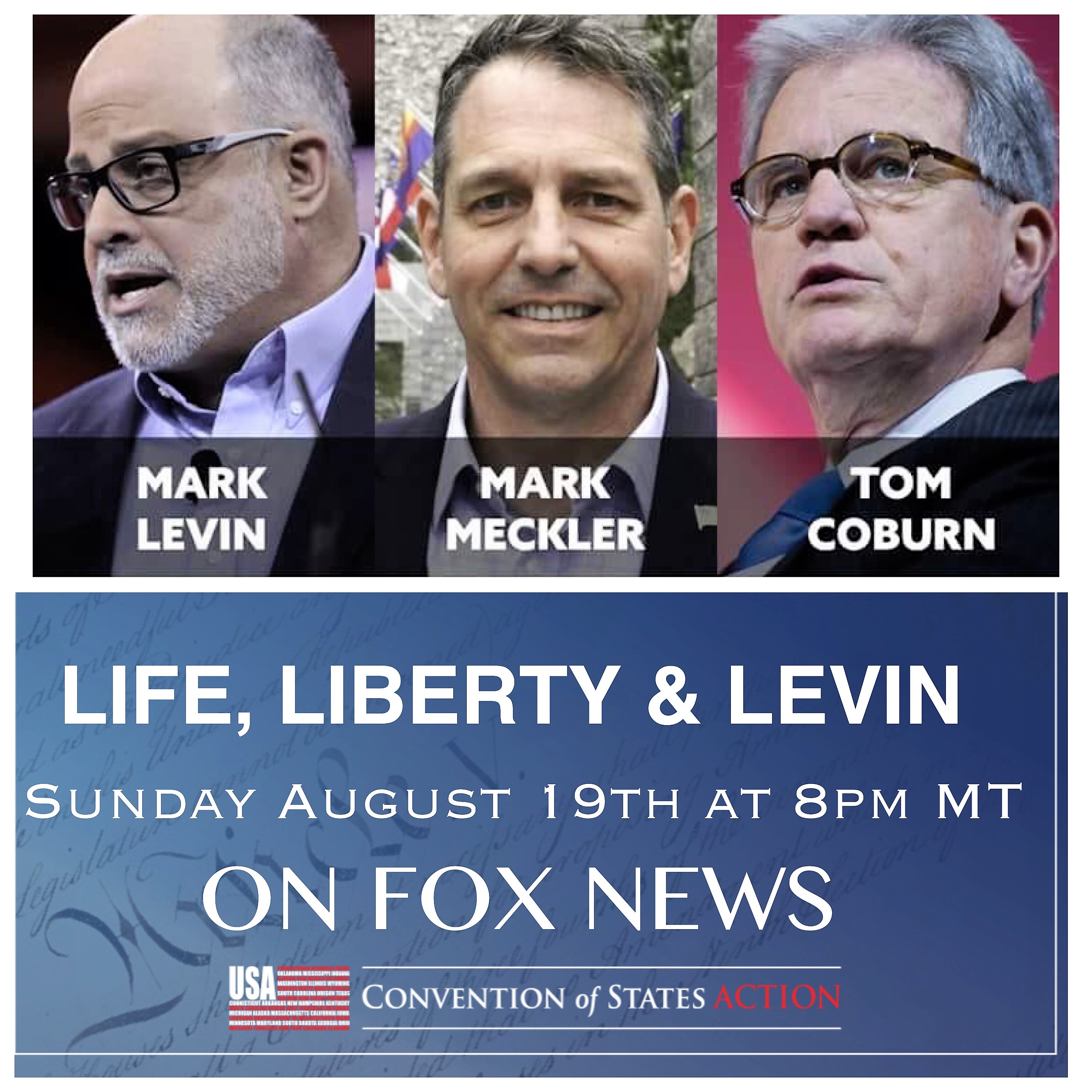 Watch the complete, 40-minute conversation
between the three most prominent leaders of the Article V Convention of States movement. They cover everything from why we still need a Convention of States to how one might actually function.
LISTEN TO WHY  PEOPLE ARE ENDORSING THE CONVENTION OF STATE PROJECT:
DR. JAMES DOBSON
Tune In! Mark Meckler to appear on Dr. James Dobson's Family Talk
ALLEN WEST  (VIDEO)
COL. Allen West: Convention Of States Is Critical To Saving Our Republic
SENATOR JIM DEMINT (VIDEO)
Hillsdale University Radio Talks Convention Of States With Sen. Jim DeMint
SEANTOR MIKE HUCKABEE (VIDEO)
Huckabee Convention of States Interview with Michael Farris
BEN SHAPIRO (VIDEO)
Ben Shapiro: "James Madison And The Founders Weren't Afraid Of A Runaway Convention"
RAND PAUL (VIDEO)
Rand Paul endorses Convention of States to rein in feds and strengthen Constitution
WANT TO GET INSPIRED? WATCH COS MISSOURI
Missouri Is State #12 To Adopt Convention of States!
MILLIONS OF CONCERNED CITIZENS HAVE JOINED THIS MONUMENTAL MOVEMENT TO PRESERVE LIBERTY, WON'T YOU?
CALL YOUR LEGISLATORS NOW 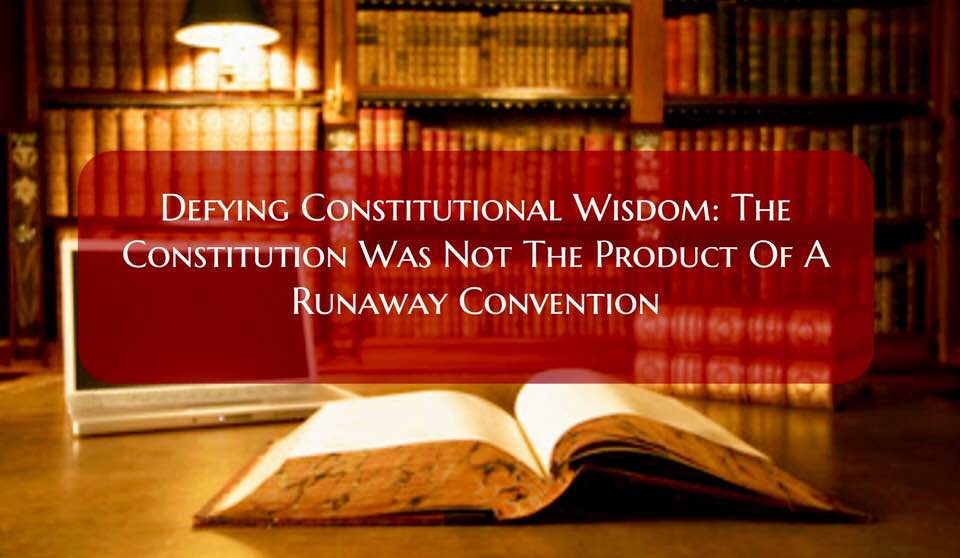 Defying Constitutional Wisdom: The Constitution Was Not The Product Of A Runaway Convention

[The Constitution stands at the pinnacle of our legal and political system as the “supreme Law of the Land,”1 but it is far more important than just a set of rules. We do not take oaths to defend our nation, our government, or our leaders. Our ultimate oath of loyalty affirms that we “will to the best of [our] Ability, preserve, protect and defend the Constitution of the United States.”2 Each president, every member of the Supreme Court, legislators in both houses of Congress, all members of the military, countless state and federal officials, all new citizens, and all members of the legal profession pledge our honor and duty to defend this document. Despite this formal and symbolic profession of devotion, many leaders, lawyers, and citizens repeat the apparently inconsistent claim that the Constitution was illegally adopted by a runaway convention.] 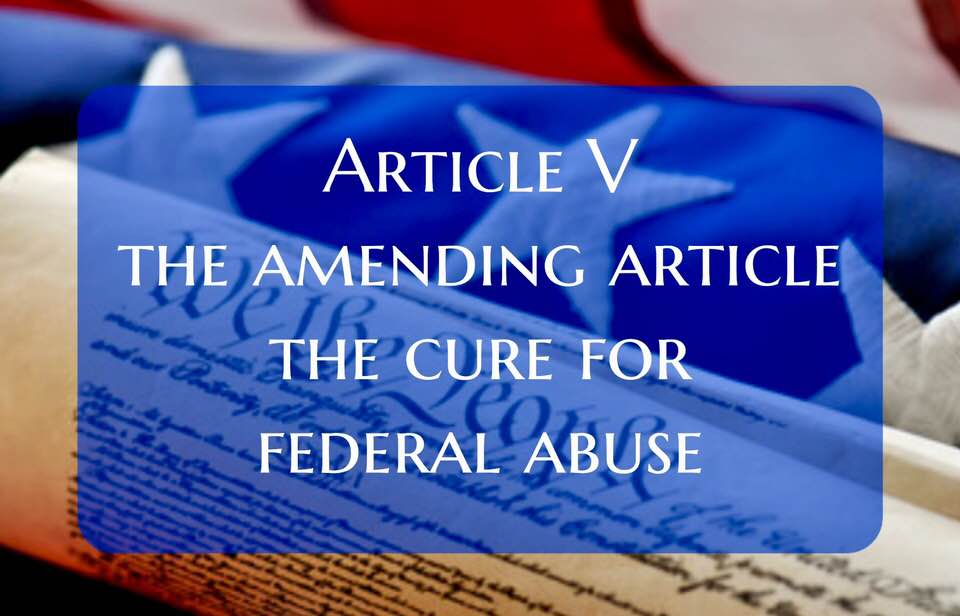 ARTICLE V: THE AMENDING ARTICLE
The Founders Pointed to Article V
as a Cure for Federal Abuse

[I recently came across one of those silly websites in which a writer largely ignorant of the Constitution’s background purports to lecture us about it. One of the claims made was that the Founders inserted the Article V amendment process only to remedy defects in the Constitution, not to address abuses of federal power.
This would be news to the Founders who adopted the Bill of Rights and the 11th Amendment. The first eight amendments were focused largely on forestalling potential abuses of otherwise constitutional federal powers. In fact, the congressional preamble to the Bill of Rights stated it was adopted “in order to prevent misconstruction or abuse of its powers.” The 11th amendment, adopted in 1795, was not designed to change the Constitution but to correct an abuse: It reversed the Supreme Court’s decision in Chisholm v. Georgia, in which the Court had assumed jurisdiction not granted to it in Article III.] 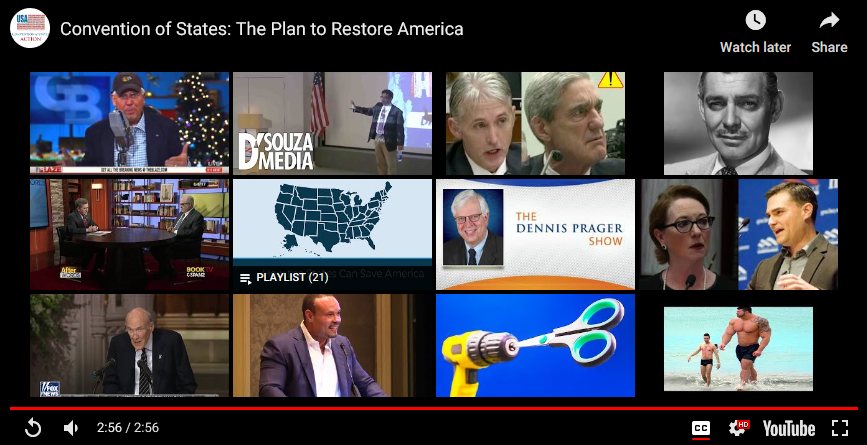 Convention of States: The Plan to Restore America

WHO WAS TENCH COXE?

[During the debates over the ratification, Tench Coxe of Pennsylvania—delegate in the last session of the Confederation Congress and later Assistant Secretary of the Treasury—was one of the most influential Federalist writers. In his essay addressed to the New York ratifying convention” Coxe wrote:

If two thirds of those legislatures require it, Congress must call a general convention, even though they dislike the proposed amendments, and if three fourths of the state legislatures or conventions approve such proposed amendments, they become an actual and binding part of the constitution, without any possible interference of Congress. If then, contrary to the opinion of the eight adopting states, the federal government should prove dangerous, it seems the members of the confederacy will have a full and uncontroulable [sic]power to alter its nature, and render it completely safe and useful.] 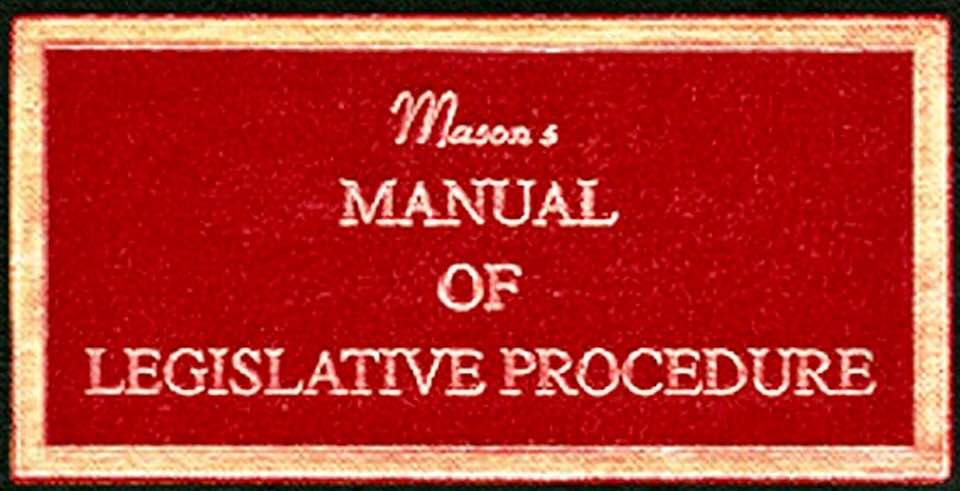 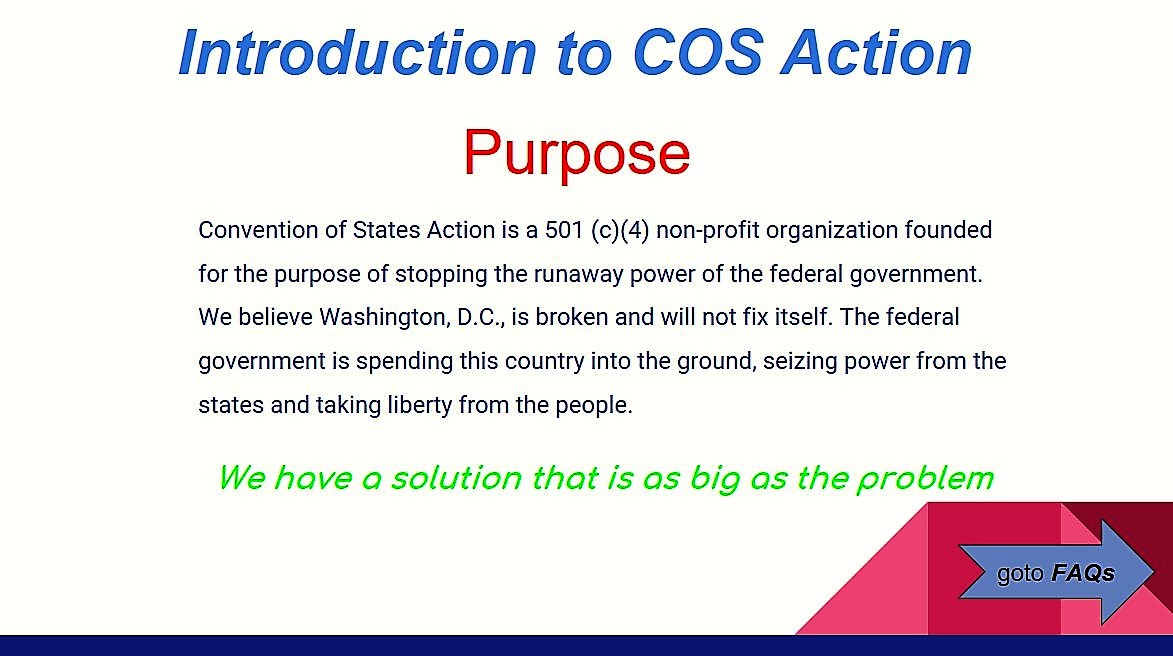 WHAT ARE MONTANANS CONCERNED ABOUT 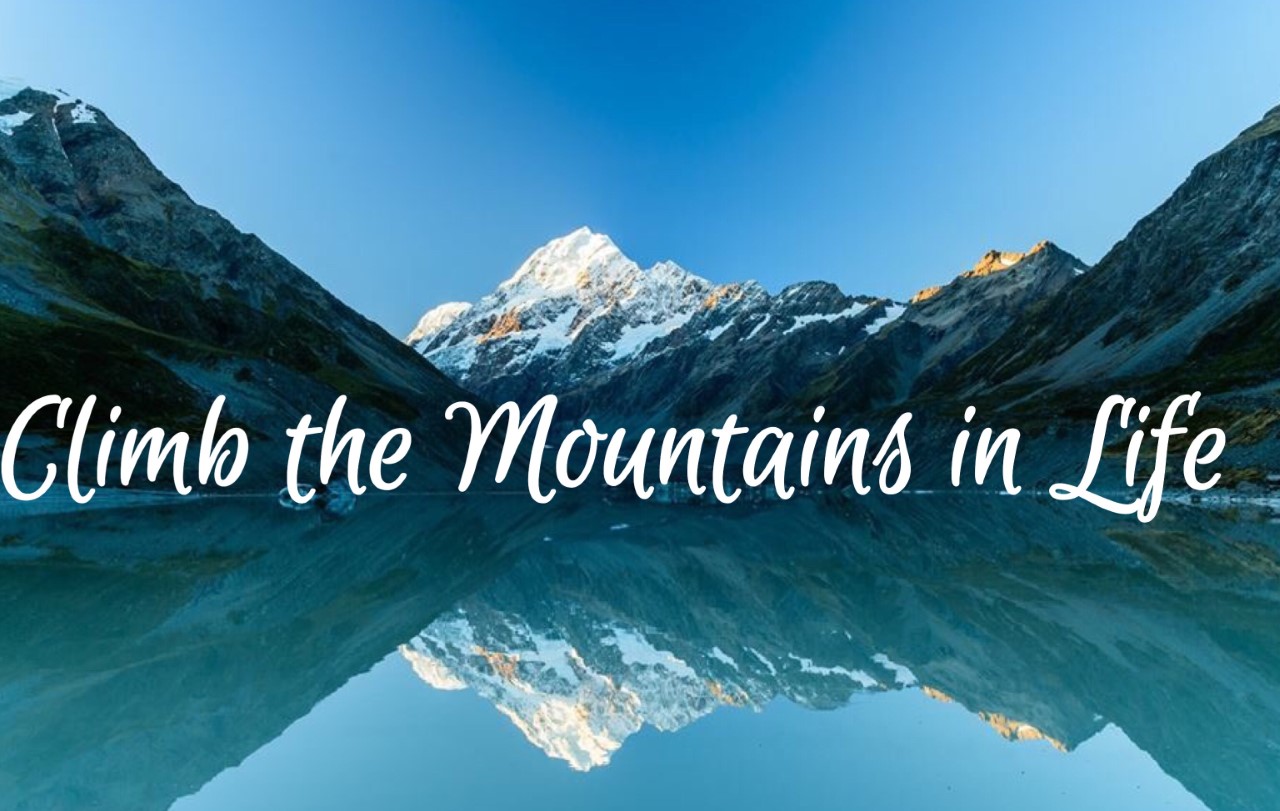 Five BIG Reasons To Be Worried About The National Debt

Mark Levin and Senator Tom Coburn: How To Solve The Debt Crisis

Our Mountains are majestic, initially they may seem too grand to explore, but what is grandest of all is the sense of triumph that you get after climbing one. Ironically, you find that what you have gained, wasn't as much about reaching the summit as it was about what you learned along the way: initiative, motivation, courage, perseverance, determination, self-discipline, confidence, endurance, independence, freedom, and inner peace, are all qualities, that once experienced, make one more independent and life more meaningful.

Sadly, our National Debt is not a majestic mountain created by supernatural or geological event, it is the result of decades of mounting irresponsible federal government spending.

It wont be an easy mountain to climb, but we need to accept the difficult challenge and initiate the journey by imposing the necessary fiscal restraints upon the indifferent federal government. Our future generations and our current society will be benefit from the attributes of self-responsibility and independence which will come from beginning this long arduous trek as soon as possible. 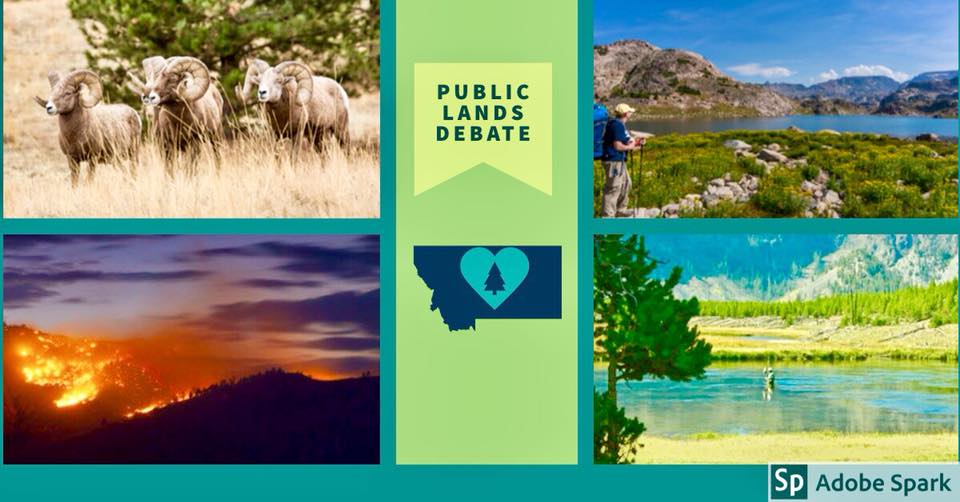 We Can Prevent Forest Fires! If Only The Federal Government Would Let Us

WHY OUR FORESTS BURN SO EASILY 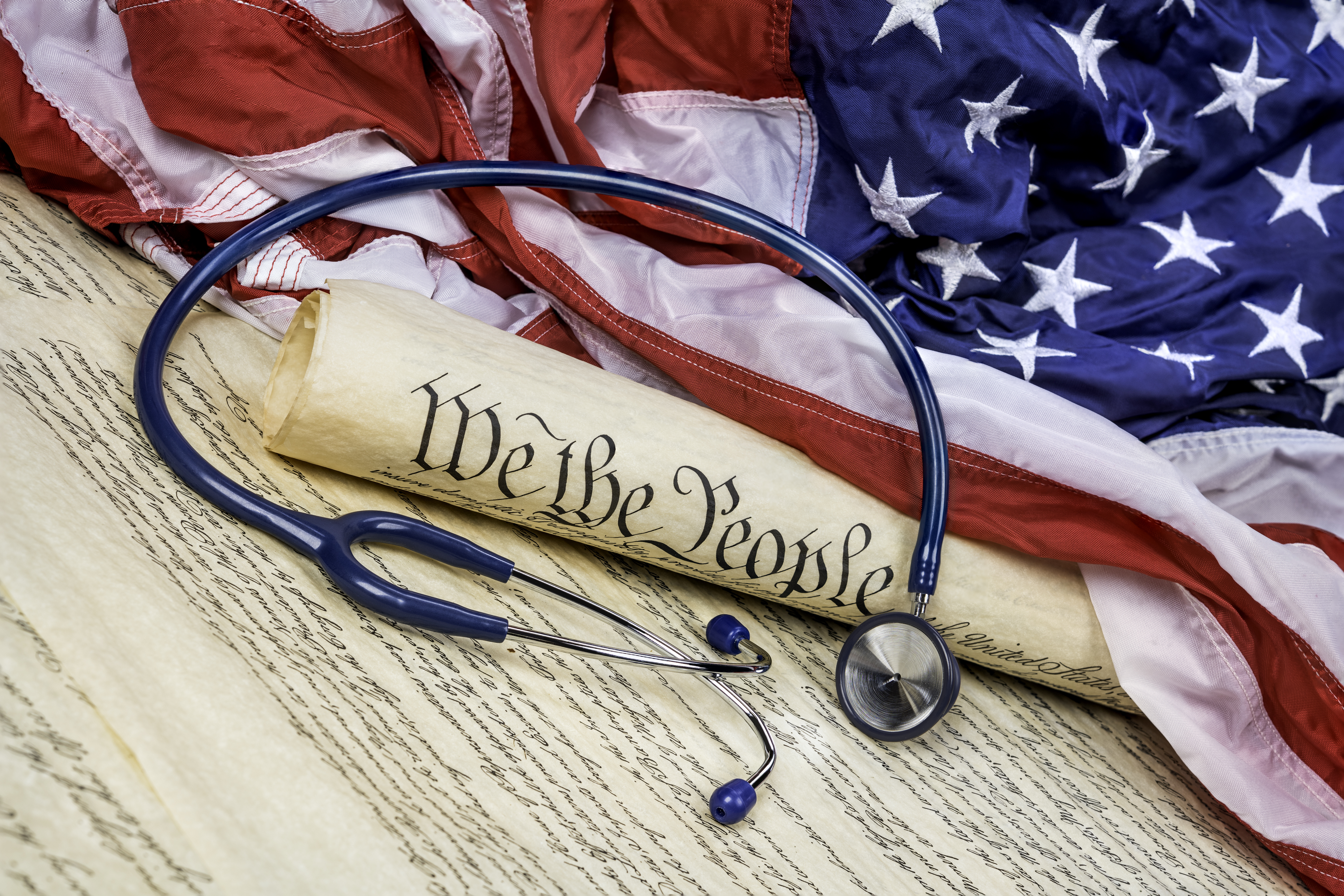 Surgeon: Health Care Is Crumbling Due To D.C. Overreach

Sick Children In Canada May Soon Be Euthanized Without Parental Consent