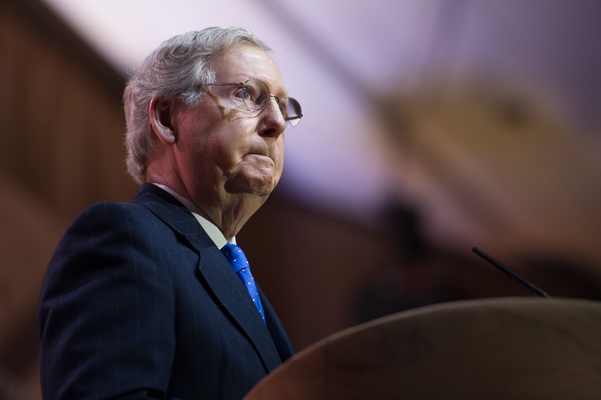 It’s official. The U.S. national debt has topped $21 trillion for the first time in American history.

President Trump and the Republican Congress have added approximately $1.5 trillion since the 2016 election, and there’s no sign of slowing down.

President Trump signed a bill last month that suspended the debt ceiling until 2019, allowing the feds to borrow an unlimited amount of money. And while the tax cut bill will be a boon for Americans at all income levels, Congress failed to combine it with spending cuts. As spending continues to rise, the deficit and debt will increase as less revenue comes in to D.C.

We may never feel the effects of this fiscal irresponsibility. But our children will, and our grandchildren certainly will. They’ll have to deal with a nation drowning in debt and unfunded liabilities, economically unstable, and internationally impotent. Once the United States falls off the fiscal cliff, there’s no going back.

It isn’t too late to reverse course. The American economy is strong, and if we can force the feds to be responsible with our hard-earned money, we can still save the fiscal security of future generations.

An Article V Convention of States can propose constitutional amendments that force the feds to balance the budget, cap spending, and cut waste. These amendments can do what Congress never will: force our representatives to make the tough decisions for the good of our kids.