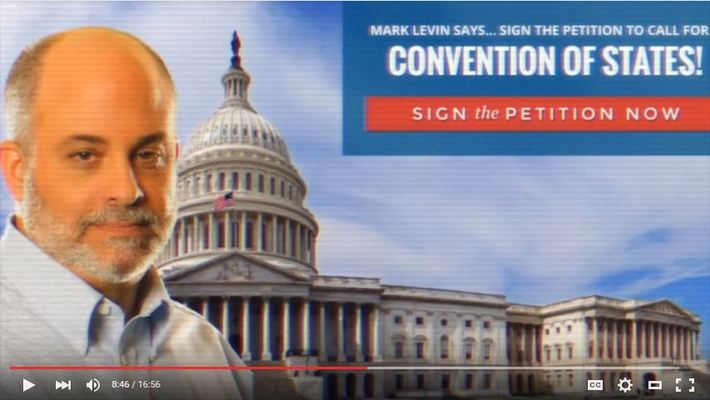 Former Oklahoma Senator Tom Coburn appeared on The Mark Levin Show recently to discuss the impending debt crisis and what Americans can do to stop it.

Here are some highlights:

Mark Levin: "I don't see any way out of this, I don't care how many Republicans we elect. Do you?"

Senator Coburn: "You're never going to get 67 Republicans that have the backbone...to make the hard choices. The same in the House. They're not going to [deal with the waste] until we force them to do it."

Levin: "This is bleak, but there is a way out. The Framers gave us a way out and it is Article V and it is Convention of States."

Coburn: "What you saw [in the latest budget deal] was short term facilitation of political goals, not long-term answers for the very serious problems that plague our country."

Coburn: "We can either take back the freedom that was promised us, and do that in a lawful way, or we can just give up, go hide in a hole, and say, 'Children, I'm sorry, but we're the first generation that's totally going to undermine your future.'"

Want to do your part to solve the debt crisis? Click here to join the Convention of States Project team in your state.