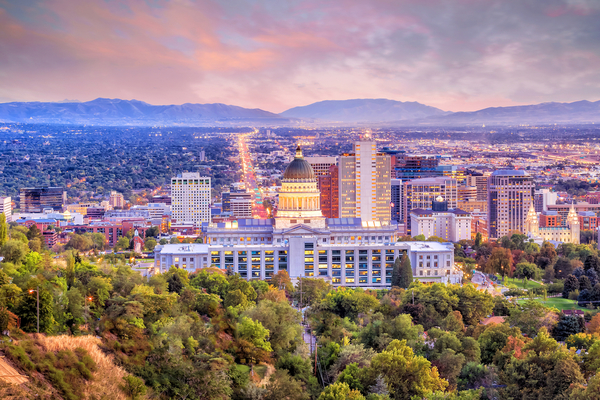 Convention of States Action is pleased to announce that Utah has voted to become the 14th state to call for an Article V convention to propose constitutional amendments that impose fiscal restraints on Washington, limit its power and jurisdiction, and set term limits for federal officials.

“The grassroots in Utah and around the country are very excited the Utah House passed the COS resolution last night, with impressive leadership from our sponsor Rep. Merrill Nelson, making Utah state number 14,” said Mark Meckler, President of Convention of States Action.

“We owe a debt of gratitude to the great grassroots and to tremendous leadership by Sen. Vickers and Sen. President Adams, both long-time COS supporters. With Arkansas passing recently—and West Virginia and Mississippi close—momentum is definitely building.”

“We are thrilled with the passage of SJR9 by the Utah Legislature, joining other states in the drive for an Article V convention of states to propose amendments restoring ‘the constitutional equilibrium between the national and state governments,’” said Rep. Merrill Nelson.

“Reason and hope prevailed over misinformation and fear. We join hands with grassroots supporters and legislators across the country—as well as with our Founders—to help heal our nation and protect individual liberty.”

“I am thrilled that we were able to pass SRJ9,” said Sen. Evan Vickers. “I trust the citizens of this country and their state representatives to meet the high bar of protection and cooperation that must exist before any changes come about. This is a powerful tool given to us in the Constitution that allows us to bring forth discussions that can lead our country in a better path.”

A recent independent study concluded that 63% of Utah voters across all parties support the Convention of States resolution. Over 18,000 Utahans sent petitions, letters, emails, and made phone calls encouraging Utah state legislators to support the resolution.

“The Utah state legislature has recognized that a convention of states for proposing amendments is the right solution for the country at the right time,” said Sam Parker, State Director for Convention of States Utah. “I call on other states who have not yet passed this resolution to do so as soon as possible. Together, we can do this. Together, we can save the republic.”

Want to get involved in your state? Sign the Convention of States Petition below!