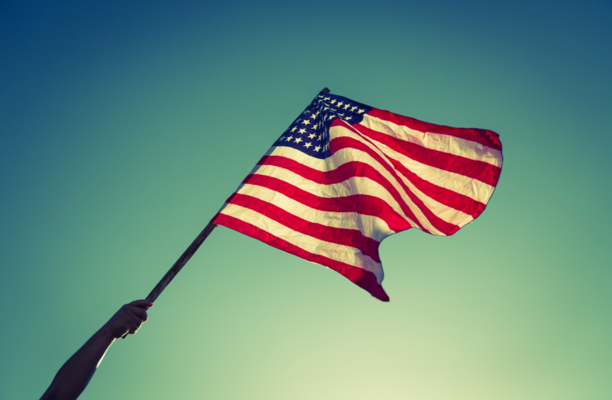 Convention of States Action is reminding Americans to fly their flags high this Flag Day to show honor and gratitude for our great nation and those who have served to keep our freedoms alive.

Despite the gloomy standing of American politics today, we have so many reasons to be proud, thankful and hopeful today and for years to come.

“From my personal experience in the US Marine Corps, the raising and lowering of the US Flag is considered a sacred event to honor all American service members past and present,” wrote Halsey Green, who is a part of Convention of States California.

The original idea of an annual flag day came in 1885 from Bernard Cigrand, a small-town Wisconsin teacher. He proposed the holiday be celebrated across the country every June 14. That year, he led his school in the first formal observance of the holiday.

“I pledge allegiance to the Flag of the United States of America, and to the Republic for which it stands, one Nation under God, indivisible, with liberty and justice for all."

Our Founding Fathers wrote the U.S. Constitution exceptionally and made sure Americans would be able to preserve liberty even in the case of a growing tyrannical government. That’s why they wrote Article V, which gives the states power to be a check on a too powerful federal government.

Once two-thirds (34) of the state legislatures pass the Convention of States Resolution, a convention will take place, and won’t include any members of Congress, the President or any governors. This way, the people can have a voice when it comes to term limits, fiscal restraints and power limitations on the federal government.

In other current news this Flag Day, DC Mayor Muriel Bowser is flying an American flag with 51 stars as a reminder that the historically neutral grounds of the U.S. Capitol should be considered a state. However, as we know from history, Virginia and Maryland both originally gave up land in order to make the center of national politics distinguished and uninterrupted by state issues.

The media and politicians say Americans should be ashamed of their background and history, but in order to maintain peace and prosperity for the future, the people must join together in unity, something that is constantly attacked.

Make your patriotic mark this Flag Day by signing the Convention of States petition below and getting involved with you local COS state team.