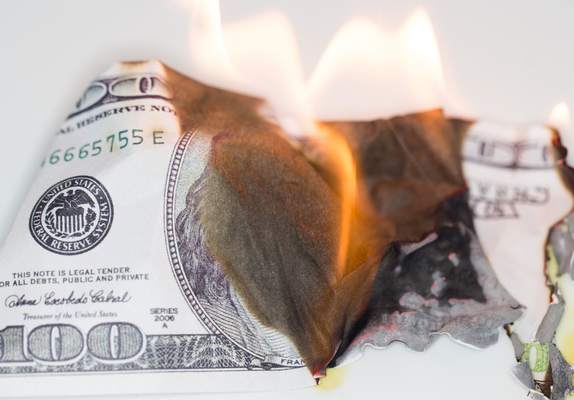 There was a Gallup poll released in 2014 that federal officials in Washington are hoping everyone has forgotten.

It details what Americans think about the federal use of taxpayer dollars, and it isn't complimentary to our "leaders" in D.C.

According to the poll, the American people believe that Washington wastes 51 cents of every dollar the feds collect in taxes. That's the highest number Gallup has recorded since it began asking the question in 1979. The lowest it's ever been is 38 cents in 1986 -- right in the middle of Ronald Reagan's presidency. 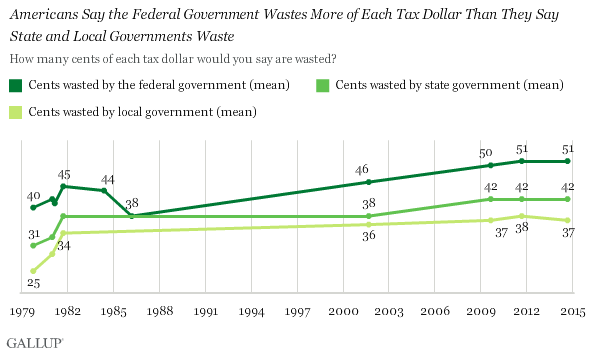 Polls don't always reflect reality, but in this case the American people are dead-on. The federal government wastes billions of dollars every year to incompetence, fraud, and abuse, as we've detailed here, here, here, here, here, and here.

The real number might be more or less than 51 cents per dollar, but the overarching truth is clear: the federal government shouldn't be trusted with another cent of our hard-earned money.

That's where a Convention of States comes in. An Article V Convention of States is called and controlled by the people -- acting through their state legislatures -- and has the power to propose constitutional amendments. These amendments can force Congress to be fiscally responsible by imposing a balanced budget requirement, spending limits, and tax caps.

Even more importantly, a Convention of States can limit Washington's jurisdiction. Much of the waste that occurs happens in federal bureaucracies that govern topics totally outside the proper scope of the federal government. With amendments that clarify D.C.'s limited role, we can eliminate many of these wasteful agencies and restore that decision-making power to state and local governments.

There is a way YOU can join the fight to end federal waste of taxpayer dollars. By signing up to help the Convention of States team in your state, you're making a real difference in the effort against federal waste and overreach.

The first step? Sign the Convention of States Petition below!