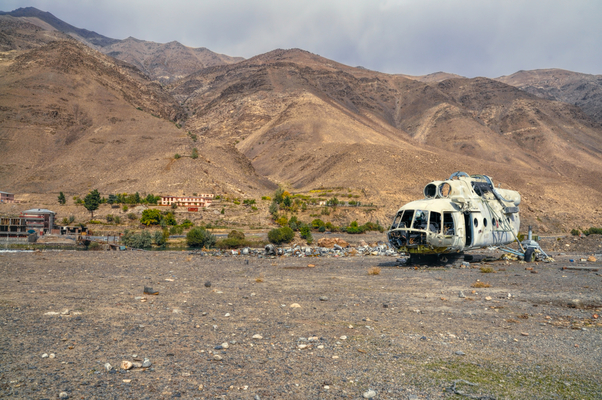 It’s one thing when the government wastes money on a piece of equipment or a website that doesn’t work. It’s a different matter altogether when that waste and mismanagement props up corrupt dictators and funds America’s enemies.

But that’s exactly what the Special Inspector General for Afghanistan Reconstruction John Spoko found, and he's released his conclusions in a scathing new report. The report outlines how some of the billions of taxpayer funds that have gone to the Afghanistan reconstruction project were used to prop up corrupt warlords. Other funds went directly into the hands of the insurgency that was fighting the American-backed government in Kabul.

“Considering that more than 2,300 Americans have died in Afghanistan and that Congress has appropriated nearly $115 billion for Afghanistan reconstruction -- a number that does not include [the estimated $680 billion] spent on U.S. military operations there -- it would be an absolute dereliction of duty not to try to extract lessons from 15 years of struggle,” he said.

Here's one lesson: waste and mismanagement have serious consequences -- both for our economy and for the American people themselves. Unfortunately, the federal government seems to believe they can spend as much as they want without regard for the deficit, the debt, or their constituents.

An Article V Convention of States can force the fiscal reforms our country so desperately needs. A Convention of States can propose constitutional amendments that impose fiscal restraints on Congress, including a balanced budget amendment, tax reforms, and spending caps. These kinds of restrictions will force the feds to take a long, hard look at how they’re spending American dollars. In Afghanistan, for example, they may decide that safeguarding taxpayer funds is more important the lining the pockets of corrupt warlords.