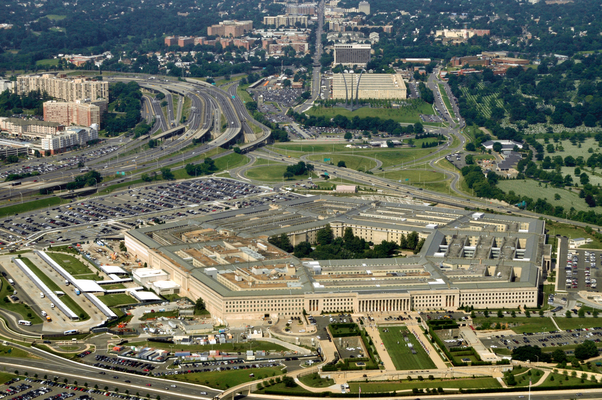 The Pentagon has buried an internal study that exposed $125 billion in administrative waste in its business operations amid fears Congress would use the findings as an excuse to slash the defense budget, according to interviews and confidential memos obtained by The Washington Post.

Pentagon leaders had requested the study to help make their enormous back-office bureaucracy more efficient and reinvest any savings in combat power. But after the project documented far more wasteful spending than expected, senior defense officials moved swiftly to kill it by discrediting and suppressing the results.

The report, issued in January 2015, identified “a clear path” for the Defense Department to save $125 billion over five years. The plan would not have required layoffs of civil servants or reductions in military personnel. Instead, it would have streamlined the bureaucracy through attrition and early retirements, curtailed high-priced contractors and made better use of information technology.

The study was produced last year by the Defense Business Board, a federal advisory panel of corporate executives, and consultants from McKinsey and Company. Based on reams of personnel and cost data, their report revealed for the first time that the Pentagon was spending almost a quarter of its $580 billion budget on overhead and core business operations such as accounting, human resources, logistics and property management.

The data showed that the Defense Department was paying a staggering number of people — 1,014,000 contractors, civilians and uniformed personnel — to fill back-office jobs far from the front lines. That workforce supports 1.3 million troops on active duty, the fewest since 1940.

The cost-cutting study could find a receptive audience with President-elect Donald Trump. He has promised a major military buildup and said he would pay for it by “eliminating government waste and budget gimmicks.”

For the military, the major allure of the study was that it called for reallocating the $125 billion for troops and weapons. Among other options, the savings could have paid a large portion of the bill to rebuild the nation’s aging nuclear arsenal, or the operating expenses for 50 Army brigades.

But some Pentagon leaders said they fretted that by spotlighting so much waste, the study would undermine their repeated public assertions that years of budget austerity had left the armed forces starved of funds. Instead of providing more money, they said, they worried Congress and the White House might decide to cut deeper.

So the plan was killed. The Pentagon imposed secrecy restrictions on the data making up the study, which ensured no one could replicate the findings. A 77-page summary report that had been made public was removed from a Pentagon website.

With the country $20 trillion in debt, we don't have this kind of money to waste. Fortunately, an Article V Convention of States can propose constitutional amendments that force the feds to be fiscally responsible.