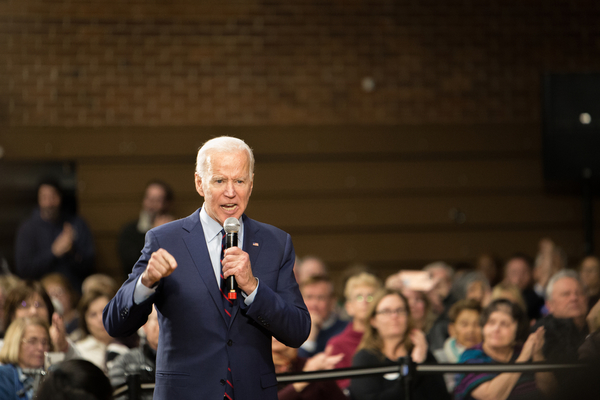 Joe Biden hasn't officially won the election yet, and already he's planning to make The Swamp bigger and nastier than ever.

We've already reported how liberal billionaire George Soros is looming large over Biden's transition team and how Biden's pick for his coronavirus task force has profited off of his own lockdown policies.

Now the New York Times is reporting that several members of Biden's proposed administration are profiting from the "revolving door" that politicians and bureaucrats use to get rich in the private sector. Several members of Biden's administration have previously worked for a "consulting firm" called WestExec, which has worked with the federal government in the past. Others officials are working with an investment firm called Pine Island Capital Partners, which also works with the federal government.

According to the Times:

WestExec’s founders include Antony J. Blinken, Mr. Biden’s choice to be his secretary of state, and Michèle A. Flournoy, one of the leading candidates to be his defense secretary. Among others to come out of WestExec are Avril Haines, Mr. Biden’s pick to be director of national intelligence; Christina Killingsworth, who is helping the president-elect organize his White House budget office; Ely Ratner, who is helping organize the Biden transition at the Pentagon; and Jennifer Psaki, an adviser on Mr. Biden’s transition team.

At the same time, Mr. Blinken and Ms. Flournoy have served as advisers to Pine Island Capital, which this month raised $218 million for a new fund to finance investments in military and aerospace companies, among other targets.

The revolving door between the public and private sectors in D.C. is one of the swampiest things about The Swamp. Government officials move into the private sector and use their influence in Washington to score lucrative government contracts for their new company. Then, when the opportunity arises, they go back into "public service" and use their influence to score more contracts for their previous employers.

They get rich, their company gets rich, and it's all funded by the American taxpayer.

It's time to truly drain The Swamp. President Trump tried, but the next administration will restore the status quo in D.C. We need a solution that works outside the beltway. We need a Convention of States.

A Convention of States is called and controlled by the states and has the power to propose constitutional amendments. These amendments can decentralize power away from Washington, limiting the number of lucrative government contracts and keeping our "public servants" from using their influence to get rich.

We need a real change in D.C. A new president or Congress can't give that to us. We need to take back control of the federal government, and we can do it with a Convention of States.