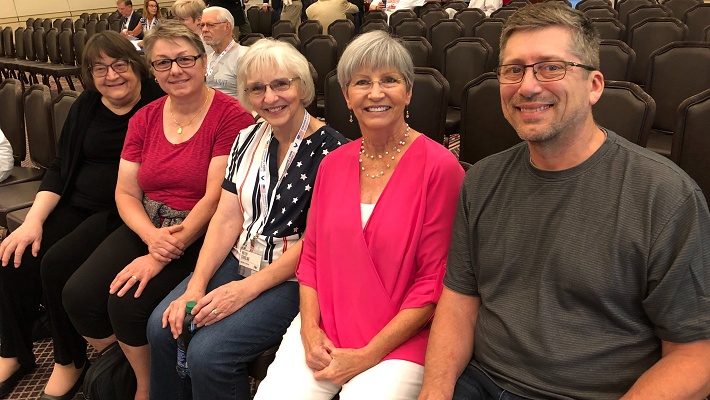 It was a fascinating presentation given by COS Board Member Tim Dunn. The theme involved biblical reference to three pillars of self-governance, contrasted against the three pillars of cultural Marxism.

The three pillars of self-governance are Rule of Law, Consent of the Governed, and Private Property. There were contrasted with Political Correctness, Consent of the Elites, and Collectivism.

Historian David Barton gave an incredibly jam-packed presentation about the history of the founding of the United States of America and how that history has tremendous relevance to the issues of the day.

He then went on to explain the six principles of the Declaration of Independence--which he referred to as our National Birth Certificate--and how this exceptional document may explain why the Constitution has lasted for 232 years. The world average lifespan for national constitutions is just 17 years!

Scroll down for more photos of the COS Minnesota team socializing with familiar champions of liberty.

Our mission: Build an engaged army of self-governing grassroots activists.