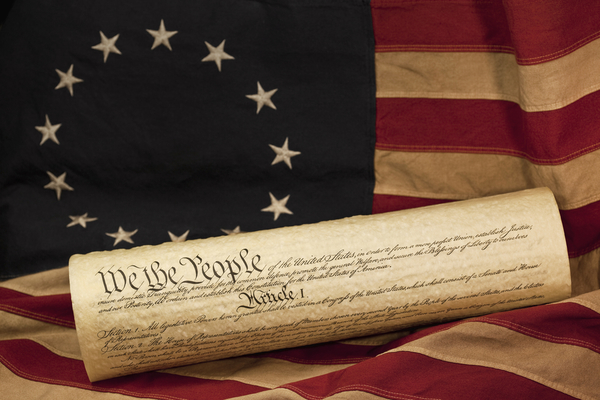 The United States was formed in large part because of the promise of federalism: a situation where most matters are left to the states  and the people, including almost all domestic matters. This is because the 13 states feared a loss of sovereignty.

State leaders were unwilling to ratify a US Constitution if it did not provide for a slanted balance of power where most domestic power remained with the states. In Federalist 45, James Madison appealed to these leaders when he wrote:

"The powers reserved to the several States will extend to all the objects which, in the ordinary course of affairs, concern the lives, liberties, and properties of the people, and the internal order, improvement, and prosperity of the State." [1]

"If the federal government is to have collectors of revenue, the State governments will have theirs also. And as those of the former will be principally on the seacoast, and not very numerous, whilst those of the latter will be spread over the face of the country, and will be very numerous, the advantage in this view also lies on the same side."

Madison also argued that the number of public officials in 13 states would be at least 30 times the number of federal officials, so that an average state--viewed alone--would have over twice as many officials as found in the entire federal government.

The bureaucracy of an average state would then be equivalent to that of at least 2.3 "federal governments" in size (and 50 states would therefore have a sum total of 115 times the number of officials which would be working for a federal government).

These arguments helped to get the U.S. Constitution ratified. For over 140 years, each successive administration of U.S. government kept this original promise of federalism, making the federal government "footprint" smaller than the combined "footprint" of the governments of all the states.

In 1937, after New Deal legislation took effect to concentrate resources and power at the federal level, the federal expenditures reached all the way up to equal that of the level of the state/local expenditures--a first time ever in U.S. history during peacetime--representing a breaking of that original promise of federalism.

From 1938 forward, the federal expenditure grew in relation to state/local expenditures. The promise of federalism was being broken even further. In business terms, the original states who had made the original contract to form the United States of America, found that the other party was in breach of contract (violating the contractual obligation of maintaining federalism as part of the deal).

It would be much healthier to restore the lost federalism which had been promised.

One possibility would be to return to the 10-year (averaged) spending patterns of the decade from 1929 to 1938, when we went through our worst-ever, internal crisis during peacetime: The Great Depression. The spending required to get you through your worst-ever crisis is a good place to set a spending cap.

Using the Great Depression as the standard, that amount of spending (the states spending 9% of GDP; the feds spending 7%; 16% total) is the total government spending required for a "worst-case" scenario.

However, even without a reduction in state/local expenditures from where they are today (approximately 14% of GDP), an amendment to the U.S. Constitution could still limit or "cap" our federal spending each year to 80% of the average of the previous three years of spending by the state/local governments (i.e., federal spending capped off at 11% of GDP).

This amendment, if discussed and eventually ratified, would be of tremendous benefit to the future of the nation. A future which is shaky at best, considering the upcoming federal entitlement crisis, when there will soon be less than two people reporting wages to the IRS for every person drawing Social Security retirement and disability benefits!

Due to an upcoming demographic surge in retirement (baby-boomer generation), it is only going to get even worse than that: There will be less than two of us working for every person drawing benefits.

Social Security is going bankrupt. Projections of the federal promises to pay contrasted with expected future federal revenue (our "fiscal gap"), show a perpetual deficit equal to about 5% of GDP going forward [7]. That's somewhere around an additional $10,000 in new debt added per U.S. household each year (when averaged over the next 10 years), an unrelenting deepening of U.S. debt going forward.

If households are eventually responsible to pay for this constant accumulation of new debt (which the federal government is creating for us through unfunded obligations), this accumulation of an additional $10,000 of debt per household each year will amount to an enormous final sum for us to pay: hundreds of thousands of dollars in new debt per U.S. household (beyond what we currently owe).

We are at a tipping point on very shaky ground. We cannot afford the anti-federalism status quo of a bloated, top-heavy federal government spending money which it does not have. It is projected to bankrupt our nation in the next few decades.

The sooner a course correction is made, the better. Things will only get worse and more drastic if we wait.

Let's restore a lost promise which had been originally kept for over 140 years after the original founding of the nation, and let's put the U.S. back onto a steep growth trajectory and back into the realm of fiscal and regulatory sanity. Let's begin to afford more and to owe less, like the U.S. families of two generations ago (before the overreach of a federal welfare state demolished our prosperity).

Our future depends on it.

[1] Congress.gov Resources. The Federalist Papers. Federalist #45: The Alleged Danger From the Powers of the Union to the State Governments Considered. https://www.congress.gov/resources/display/content/The+Federalist+Papers#TheFederalistPapers-45, April 12, 2019.

[6] IRS SOI Tax Stats -- Individual Time Series Statistical Tables.* https://www.irs.gov/statistics/soi-tax-stats-individual-time-series-statistical-tables, April 12, 2019. [*Scroll down to find the blue hyperlink for the 1990-2016 time series (under the "... in Current and Constant Dollars" section)]