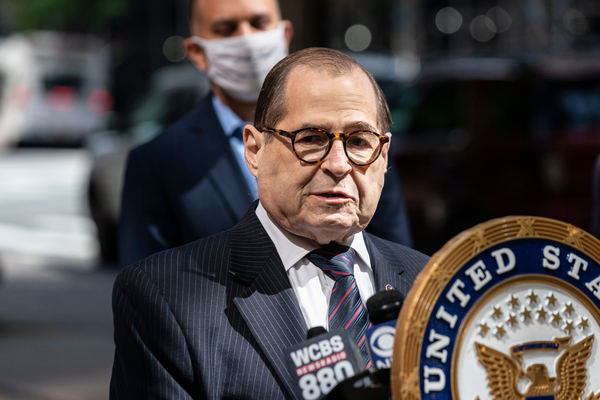 Just days after President Joe Biden announced a commission to "study" Supreme Court reform, Democrats are moving on without him.

In the House, Judiciary Committee Chair Jerry Nadler, subcommittee Chair Hank Johnson, and first-term Rep. Mondaire Jones have introduced legislation that would expand the Supreme Court from nine to 13 seats. In the Senate, the bill is being championed by Ed Markey of Massachusetts, according to The Intercept.

The legislation is likely to pass the Democrat-controlled House, and only the Senate filibuster is standing between liberty-loving Americans and a progressive majority on the Supreme Court. If that falls, and the Democrats can pass court-packing on a simple majority, America will be looking at a destruction of the national judiciary.

That is precisely what would happen, despite Democratic insistence to the contrary. The American people would rightly see as illegitimate any decision made by the politicized, 13-member Court. Ramming through court packing with a simple majority would destroy what little credibility the Supreme Court still maintains, and states from coast to coast would refuse to abide by their decisions.

Republicans would respond in kind the moment they regained control of Congress. They would add or reduce the number of justices to regain the majority, and the Court would become nothing more than a miniature Congress with politically affiliated judges coming and going every two or four years.

Writing in Federalist 78, Alexander Hamilton believed the Court would be the least dangerous branch because it has neither the power of the purse (as Congress does) nor the power of the sword (as the executive does). He didn't imagine the Court would gain the power to strike down both executive actions and legislative actions, thus making it the final arbiter of all policy and the most powerful branch of government.

Court-packing would turn this all-powerful branch into a political tool of whichever party gained even the slimmest majority. That party would use the court to impose their will on all Americans, and our country would continue down the path towards tyranny.

Congress can no longer be trusted to honor the integrity of the Court. That's why we must call an Article V Convention of States to end the threat of court-packing once and for all.

A Convention of States can propose constitutional amendments that limit Congress's power to change the number of justices. Under the Convention of States Resolution, a simple amendment could be proposed prohibiting Congress from adding or subtracting justices. This would fall well within the Resolution's call to "limit federal power," and it would likely earn broad support from the American people.

This brazen attempt by the Democrats to gain control of all three branches of government can't be allowed to continue. If we want to end it permanently, we need to call a Convention of States.