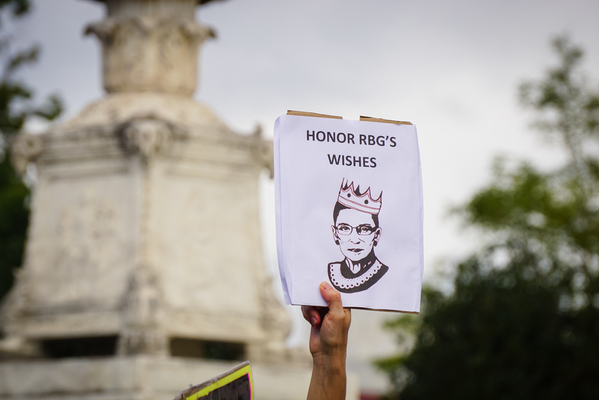 In a move that surprised exactly no one, President Joe Biden has taken the first step towards packing the Supreme Court in favor of progressives.

The White House announced Friday the establishment of a commission to "assess" Supreme Court "reform." The commission will be led by two former Obama officials, and was launched after Biden received "pressure from activists pushing for more seats to alter the ideological balance of the court," according to the New York Times.

The President has been threatening such a commission for months. Ever since the death of Justice Ruth Bader-Ginsburg, the radical left has been pushing to expand the number of justices and reclaim the court's progressive balance of power. Now it looks like they might be getting their wish.

The mainstream media likes to claim that the president hasn't take a firm position on court packing. Many Democrats, including current Justice Stephen G. Breyer, have warned that packing the Supreme Court will destroy faith in the court's objectivity and make it just another political body.

But let's take a quick look at Biden's own words. When he first proposed this commission during a 60 Minutes interview back in October, here's what he said:

“I will ask them to, over 180 days, come back to me with recommendations as to how to reform the court system, because it’s getting out of whack,” he told Norah O’Donnell of CBS News.

"It's getting out of whack."

If Joe Biden believes something is wrong with the Supreme Court, it stands to reason he would want it fixed. And the only thing he's ever talked about is the fact that there are more conservative justices on the court than liberal ones.

The mainstream media may not be able to read between the lines, so we'll do it for them. Joe Biden wants to pack the Supreme Court, and he'll push to do it as soon as the radical progressives in his party give him enough cover.

There's only one way to stop the court-packing agenda once and for all: an Article V Convention of States. A Convention of States is called and controlled by the states and has the power to propose constitutional amendments. These amendments can limit the power, scope, and jurisdiction of the federal government -- including Congress and the Supreme Court.

Everyone cares so much about the Supreme Court because it's given itself an enormous amount of power. If we can limit its power via constitutional amendment, there will be far less incentive to change the number of justices.

In addition, a Convention of States could also propose an amendment limiting Congress's power to change the number of justices. An amendment reading, "Congress shall make no law altering the composition of the Supreme Court" would effectively end the threat of court-packing once and for all.

Over five million Americans have voiced their support for the Article V option, and 15 states are on board. To join the movement and fight back against Joe Biden's radical agenda, sign the petition below!