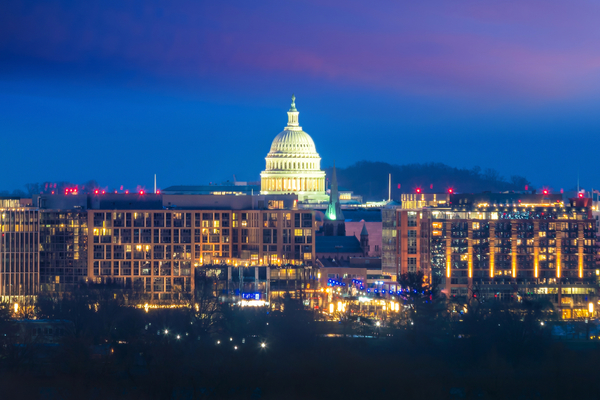 What do the John Birch Society, Eagle Forum, Common Cause and Planned Parenthood have in common? They all oppose the states’ use of Article V of our Constitution to impose and enforce constitutional limits on Washington.

Our Constitution spells out two ways in which constitutional amendments can be achieved legitimately. (“Legitimately” is a key word here, since we know that operatives in Washington are effectively making illegitimate amendments to it all the time). First, Congress can propose amendments that are supported by two-thirds of both chambers. Alternatively, the states can meet to propose amendments after two-thirds of them (34 states) notify Congress of their desire to do so on a specified proposal or topic. In either case, proposed amendments must be ratified by three-fourths of the states (38 states).

For the past several years, the Convention of States Project has been gathering concerned citizens from every pocket of the country to urge state legislators to use this long-neglected constitutional “check” on the power of Washington. With Republicans in control of 33 state legislatures and Trump in the White House, now is the time to make this happen. The Project’s model resolution, which has been introduced in 47 states, to date, calls for a meeting of the states to consider, and potentially propose, amendments that would achieve one or more of three objectives

While it is no surprise that Marxist-leaning groups would fight, tooth and nail, to resist any plan for breaking the federal government’s virtual monopoly on policy-making, all conservatives agree that this monopoly is a perversion of our federal system. But, sadly, the Left’s propaganda and junk history have brainwashed some conservatives into opposing the states’ use of constitutional power to check federal overreach.

Having spent much of my adult life documenting various tactics used by the radical Left, I can’t say that I was totally surprised when I recently learned that the Left was, in fact, the original source of the fear and misinformation concerning Article V today, or that they are now escalating and publicizing their opposition to conservatives’ use of the process to restrain federal power.

The (Tiny but Loud) Conservative Opposition

To repeat, the aim of the Convention of States Project is to trigger a gathering of state delegations to consider proposals to impose fiscal restraints on Washington, limit its power and jurisdiction, and set term limits for federal officials.

I don’t know any proper conservative who wouldn’t agree that accomplishing at least one of those objectives would significantly curtail the pattern of federal overreach that not only threatens America’s economic survival, but undermines her very integrity as a constitutional republic. And yet, a dogged little posse of conservative activists are convinced that any person or group working to implement the state-led Article V process is the boogeyman—or at least in cahoots with him.

In their efforts to frighten citizens and state legislators away from the one process powerful enough to “drain the swamp,” the conservative naysayers refer to the process as a “constitutional convention,” or “con-con,” slander the Founding Fathers by maintaining that the Constitutional Convention exceeded its authority, and prophesy that if 34 state legislatures should ever be so reckless as to hold a meeting to discuss proposing amendments, then Christmas will be outlawed, the Second Amendment deleted, and the nation’s Capital moved to Los Angeles.

They have also overlooked the fact that the commissioners to the convention act as agents of the state legislatures who appoint and commission them. Any actions outside the scope of that authority would be void as a matter of common law agency principles, as well as any state laws adopted to specifically address the issue.

While Article V does not spell out these details, we know these fundamentals of how interstate conventions operate because of the consistent precedents set by the interstate conventions held more than 40 times in American history, many of which informed the drafters’ addition of the convention mechanism to Article V. On the other hand, those who claim that an Article V convention would operate some other way cannot offer a single historical or legal precedent to support their assertions.

But perhaps most significantly, naysayers overlook important aspects of the text of Article V itself. It does not authorize a “constitutional convention” for the drafting of a new Constitution, but rather only a “Convention for proposing Amendments” to become part of “this Constitution” (i.e., the one we already have) upon ratification by three-fourths of the states. This is a virtual guarantee that no outlandish proposal can ever be adopted, because ratification by 38 states is a very high bar, indeed.

The sad thing is that the conservative opposition groups don’t even seem to realize that in stoking fears about an Article V convention, they are reading right out of the Left’s playbook. While they tell the conservatives on their direct-mail lists that they are working to save the Constitution from being rewritten by George Soros and his ilk, Mr. Soros smiles, breathes a deep sigh of relief, and toasts to their success.

Never mind how these conservatives missed the Memo in which the 230 most liberal, Marxist-leaning organizations in the country explicitly stated their opposition to the Convention of States Project. These fringe conservative groups, fighting hard against the broader conservative movement to oppose this constitutional safety valve, are blocking the one politically feasible means the Right has to reverse our nation’s slide into socialism. So long as the John Birch Society, Eagle Forum, and certain representatives of Concerned Women for America are fighting this fight for him, Mr. Soros can save his billions to send more statists to Congress, where they can continue to exercise powers never actually given to Congress in the Constitution, but blessed by an activist Supreme Court.

The problem will only worsen until definitive action corrects it, because when the nation’s highest court “interprets” the Constitution to allow the federal government to act in an extra-constitutional way, the only medicine strong enough to counteract it is the medicine prescribed by Article V: a definitive amendment of the Constitution, to clarify the will of the American people in black-and-white language.

The Left knows this. And fears it.

The history of the Left’s campaign to shroud the people’s power to bypass Congress through constitutional amendment is well-documented in Professor Robert G Natelson’s article, “The Liberal Establishment’s Disinformation Campaign Against Article V—and How It Misled Conservatives.” Here are the high points of that “disinformation campaign,” in a nutshell:

Ironically, despite the fact that Burger was complicit in the Supreme Court decision that might easily win the “most-hated-by-conservatives” award, it was one of Burger’s letters that appears to have turned the fringe conservative groups against the use of an Article V convention to propose amendments with the power to end federal overreach. The late Phyllis Schlafly, Founder of Eagle Forum, made no bones about the fact that her opposition was based upon Burger’s letter advising her of the “dangers” of an Article V convention. It’s unclear whether she ever considered the possibility that Burger’s “advice” was based on his recognition of the very real danger, at that time, that an Article V convention was about to reverse the Roe v. Wade decision that he supported.

What triggered the John Birch Society’s opposition to the Article V convention process is less clear. What is well-documented, however, is that JBS hasn’t always opposed it. In fact, in the late 50’s and early 60’s, JBS Founder Robert Welch and many JBS chapters lobbied for passage of state resolutions to trigger a convention to propose the “Liberty Amendment.” Today, however, JBS seems to have forgotten about all that. It now uses the Left’s label of “con-con” to refer to the process, and fiercely opposes any and all efforts to implement it.

Conservatives March On to Restore our Constitutional Republic

It is important to point out that in opposing the Article V convention process, Eagle Forum and John Birch Society have placed themselves in opposition to a long list of prominent conservatives that includes Sean Hannity, Mark Levin, Tom Coburn, Jim DeMint, Jeb Bush, Allen West, Ben Shapiro, Bobby Jindal, Greg Abbott, Marco Rubio, Mike Huckabee, Michael Farris, and many, many others. As more and more well-respected conservatives sign on to the Convention of States Project, I suspect that Eagle Forum and John Birch Society will grow increasingly uncomfortable with standing on the side of George Soros, Democracy 21, and Planned Parenthood.

I would remind them that there is no shame in changing their position. After all, I was once a radical Leftist, until I learned the truth. There is, on the other hand, considerable shame in letting fear and ignorance triumph over reality, reason, understanding, and cold, hard, historical facts.