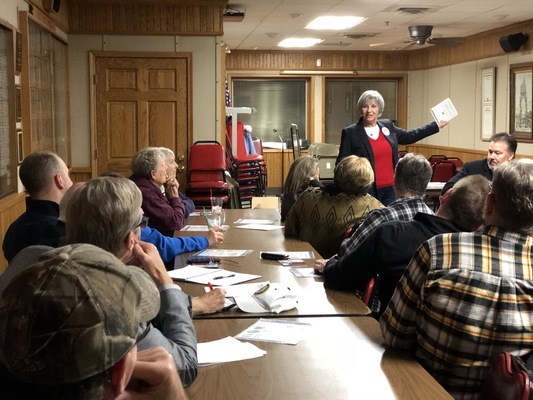 After the results of the 2018 midterm elections, the COS Minnesota team hit the ground running with a Convention of States Town Hall in Chaska (MN SD-47), hosted by State Director Jackie Burns and held on November 14 at the Chaska American Legion.

The town hall attendance exceeded expectations, including Incumbent Senator Scott Jensen (on left), and Representative-elect Greg Boe (right). Senator Jensen has been a supporter of the Convention of States Project, and he reaffirmed his support at the town hall.

Representative-elect Greg Boe came to learn about the Convention of States Project at the town hall and will hopefully turn out to be a supporter as well.