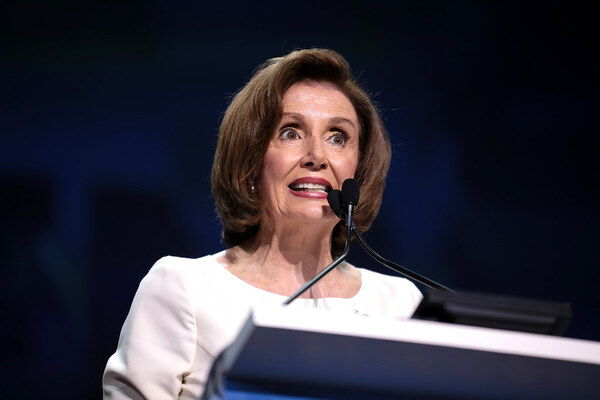 The Speaker of the House of Representatives, Mme. Nancy Pelosi, has directed the Capitol Hill Police to open offices in California and Florida to operate proactively to root out 'domestic extremists' that could threaten members of Congress or other Federal Government officials.

Hitherto, the official function of the Capitol Hill Police has been to prevent property damage and defend the occupants of the Capitol Building from physical attack. This is the first time that a local police force has been ordered to set up extra-territorial offices outside its jurisdiction.

However, there is a twist to this particular local police force: it is a federal body (because of DC's unique status), and it is overseen by appropriations and authorization committees from the U.S. House of Representatives and U.S. Senate.

In short: its leadership, composition, and mission are influenced heavily by whoever controls Congress. In this case: Mme. Pelosi and Senate Leader Schumer. A serious caveat: unlike other government agencies, the Capitol Hill Police is not subject to the Freedom of Information Act (FOIA) and, consequently, does not make any Inspector General reports available to the public.

The new offices that Mme. Pelosi would set up are tasked to coordinate with US Attorneys of respective DOJ state offices. In essence, the new arrangement will have the capacity to place in operation a team of police and attorneys to target individuals or groups. Because of the oversight role of congressional committees, the whole process is subject to potential political influence.

There are at least two narratives to attempt to explain this development:

Liberty-loving Americans should be asking a few serious questions: What is to prevent the multiplication of such offices throughout the 50 states? They have already communicated that is their plan. And then: what is to prevent the corruption of such an exercise? It does not take much imagination to see this newly proposed organizational structure as rife with potential for partisan political distortion based on which party is in control of Congress at any given time.

What is the legal justification to act in this manner? How will this new constellation of forces interact with other, state and local law enforcement agencies and the elected state and local authorities to which they report?

Also to the point: there already exists a national domestic counter-terrorism institution, replete with local offices and ample funding. It is called the FBI. Myriad intelligence agencies already collect more-than-enough data on US citizens, supplemented by data collected and shared by private sector corporations and NGOs. The DOJ already has a Civil Rights Division which certainly has been active for decades.

Americans are voicing their concerns about this new instance of federal overreach. It's definitely a symptom of a very large problem in our nation today, but we have a solution as large as the problem!

Fifteen states have already fully passed legislation for holding an Article V Convention of States. Many more have passed similar legislation through a committee and even through one branch of their legislature and grow closer every day to joining the 15. Once we reach 34, we will convene with every state sending commissioners to brainstorm and propose amendments to limit terms for federal seats (including Congress), provide a methodology for balancing the annual budget while still providing for emergency circumstances, and for limiting what is increasingly becoming common-place federal overreach into states.

Whether you are in a passed state, a nearly-passed state, or a state just beginning the process, you can help by letting your state know you are one constituent that is tired of the out-of-control federal government and ready for the states to exercise their constitutional power to rein it in. Simply sign our petition (below) and we'll do the rest - sending a copy of your signed petition to your state legislators.

Together we can do what Congress fails to do - compromise for the greater good of our nation.

Jonathan Schiffer is the State Content Writer for Convention of States Florida.