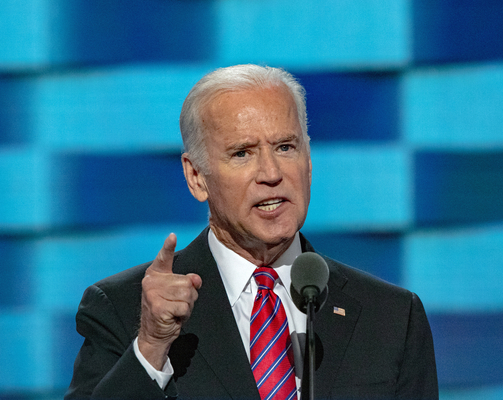 Republican lawmakers in Alabama have been put "on notice," according to the White House.

The state legislature recently passed two bills aimed at protecting the innocence and well-being of children. The first would ban doctors from performing "gender reassignment surgery" on minors. Minors cannot consent to sexual activity, so it stands to reason that they also cannot consent to having their genitals permanently mutilated.

The second bill would ban "instruction" on sexuality and gender identity in schools between kindergarten and fifth grade.

For these grave sins, White House Press Secretary Jen Psaki told reporters recently that the Department of Justice and Health and Human Services would launch an investigation.

"Alabama’s lawmakers and other legislators who are contemplating these … discriminatory bills have been put on notice by the Department of Justice and the Department of Health and Human Services that laws and policies preventing care that health care professionals recommend for transgender minors may violate the Constitution and federal law,” Psaki said at a press briefing.

Putting aside the issues themselves (which are deadly serious), shouldn't Alabamans have the right to decide how to run their own schools and healthcare systems? Doesn't the Alabama legislature know better what Alabamans want than bureaucrats in the DOJ and HHS?

The federal government is once again trying to flex its muscles and wield their "authority" over the will of the states. As the DOJ seeks to end these laws on "constitutional" grounds, the HHS will threaten to withhold funding and programs if the bills are signed into law. It's happened thousands of times on a host of issues, and you can expect the same story to play out here.

What does this mean in plain English? Basically, amendments can be written that get the feds out of virtually every area of state policy. Healthcare, education, energy, the environment, and agriculture would be among the host of issues that could be left to exclusively state control.

Under these amendments, Alabama would be free to protect their children while other states would also be free to pursue radical ideologies in the classroom. Americans would then be able to vote with their feet and live in areas that align with their values.

To join the movement of over 5 million Americans and 19 states (so far), sign the petition below!