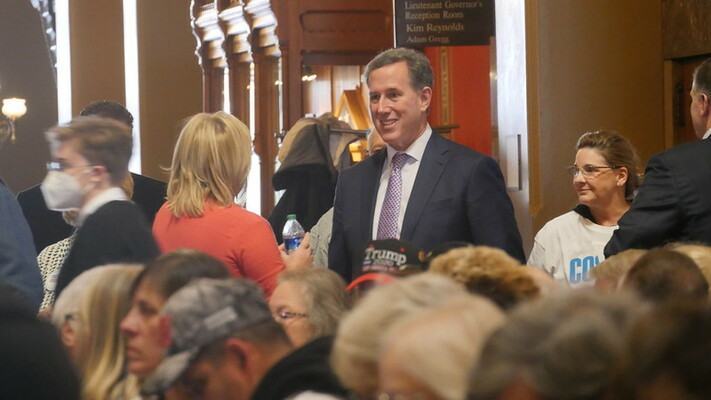 “What are you willing to fight for?”

Earlier this year, an impassioned Rick Santorum posed this question to a rapt crowd at the 2022 Pennsylvania Leadership Conference. The former Senator bemoaned that the country is far off course and even our children are under attack, yet many Americans have become too materialistic to do anything about it.

Throughout his speech, Senator Santorum, a Senior Advisor to the Convention of States Project, called out conservatives in particular for failing to do enough. He worried that we are too preoccupied with our possessions, too afraid to lose our “stuff” to take a stand for what is right.

“We have to quit worrying about our stuff,” he implored, “and worry about the future for our children and grandchildren.”

We need to be committed to the cause, no matter the cost, he further instructed. “One of the things I learned when I was in the Congress and the U.S. Senate is that the other side is committed. They really care about this stuff.”

“Evil is always on the march,” he later added. “Are you?”

Despite his clear misgivings concerning the precarious state the country finds itself in, Senator Santorum’s message was ultimately a hopeful one. He told the audience of how he got involved with the Convention of States, a movement he believes can restore America to the nation the founders originally intended for it to be.

To learn more about how COS is “an appropriate remedy” to the problems plaguing our country, watch the entirety of Senator Rick Santorum’s powerful speech below.

To join Rick Santorum and millions of other like-minded patriots in support of Convention of States, sign the petition below!