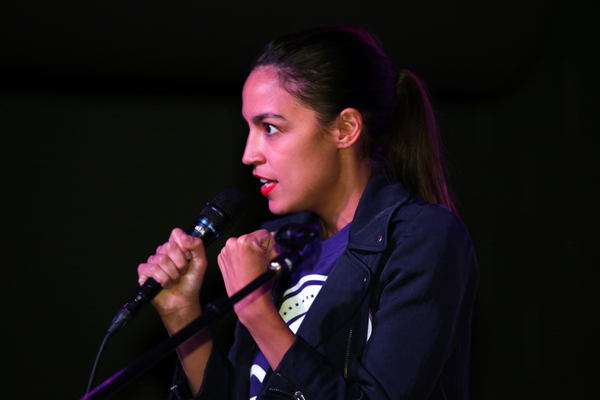 The Democrats in congress (and they are a majority) are proposing to redefine income. Are you paying attention now?

Under the guise of taxing the “uber-rich” – a definition that can and will change as tax revenue is needed – the proposal is to levy a minimum tax to include “unrealized gain” on investments. In other words, one no longer needs to sell assets to receive income, just to HAVE assets.

This “wealth tax” might only apply to the “uber-rich” next year, but the redefinition of "income" opens the door for a whole new kind of taxation. The Sixteenth Amendment allowed for the “Income Tax” as we know it, and it changed the United States forever. What started as a small tax on the “uber-rich” has become ubiquitous. Why would this new “wealth tax” be any less so?

This does not just apply to stock market investors or “Hedge Fund” guys – it would apply to all levels of asset appreciation including the family farm, rental properties, small business valuation and even your home!

The American Dream of owning your home and passing it to your heirs, and accumulating wealth through savings and frugality would be a thing of the past. So much for the work ethic.

This type of Federal overreach can only be addressed by constitutional limits. Let’s not let the Sixteenth Amendment be stretched out of proportion as has the Commerce Clause. Only a Convention of States called under Article V of the US Constitution can stop this locomotive!

In Convention, the states could propose amendments to limit the definition of "income," or even to totally revamp our system of taxation, BUT we must first have 34 states to resolve to meet for the purposes of fiscal restraint, limitation of federal overreach and term limits for federal officials.

We are over half-way there with 19 states so resolved and more to follow soon. It is time to take control back from the tax and spend crowd in Washington, DC. An Article V Convention of States is truly the answer as large as the problem.

Mike Harper is a State Content Writer for Convention of States South Carolina.