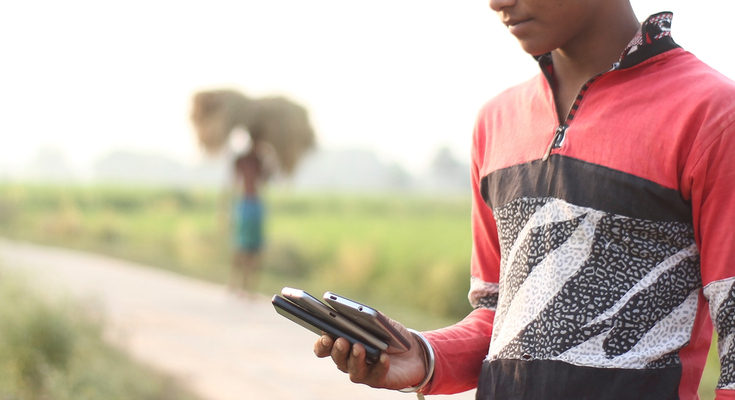 The White House is defending its decision to hand out free cell phones to illegal immigrants who attempt to enter the southern U.S. border.

Press Secretary Jenn Psaki told reporters this week that the policy is an attempt to track the movements of these would-be immigrants.

"It's all part of our effort, as individuals come into the United States and individuals who are entering who will proceed to immigration proceedings, to monitor and track where they are," she said.

Sources tell me w/ parole releases, the migrants are asked to turn themselves into ICE in a city of their choice. I’m told many of them are given these phones by the government to track them and allow them to communicate w/ ICE, but there’s no way to stop them from being tossed. pic.twitter.com/tAogWloQgy

Of course, anyone with two brain cells to rub together can see the flaw in this perfect plan: immigrants who don't want to be tracked can simply toss the phone in a trash can.

Instead of using an ankle monitor, as we do with other criminals, this White House is opting to hand out taxpayer-funded cell phones to people who knowingly and flagrantly break immigration law. Those who don't want to be tracked will toss the phone, and those who plan to attend their immigration hearings anyway (and therefore don't need to be tracked) will get a free phone.

Either way, it's a massive waste of money for the American people.

We need a way to force the federal government to stop wasting our money, and we've found one in Article V of the Constitution.

Article V allows the states to call a Convention of States for the purpose of proposing constitutional amendments. These amendments can, among other things, force Congress to balance the budget every year without raising taxes. Such an amendment would compel Congress to cut all the wasteful and unnecessary government spending, which is the first step to reducing the national debt and getting our economy back on the right track.

With a balanced budget amendment in place, do you think Congress will continue approving free cell phones for illegal immigrants? We don't think so. That's why we're working to call the first-ever Article V Convention of States.

Will you join us?

Get involved by signing the petition below!