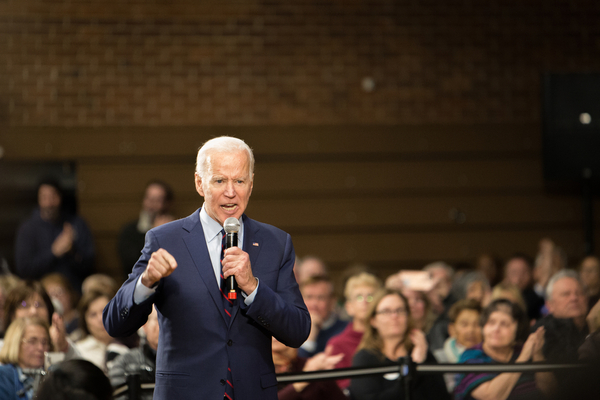 When Joe Biden was elected, he “[pledged] to be a president who seeks not to divide, but to unify; who doesn't see red states and blue states, only sees the United States." These words sounded nice, of course, but as the American people didn’t put any stock into his trite promise, we weren’t surprised at all when he quickly broke it.

Biden has proven to be a very divisive president, earning himself the reputation of a president who makes alienating comments (i.e. comparing those who didn’t support his voting legislation to Bull Conner) and even more alienating mandates. He recently verified this discordant reputation when he referred to Donald Trump supporters as “the most extreme political organization that’s existed in American history.”

But Donald Trump himself was also, unquestionably, a deeply divisive president. In fact, it’s not just Donald Trump or Joe Biden but the entirety of Washington, D.C., that seems to be dead set on polarizing the American people.

The federal government wields so much unmitigated power that it doesn’t really matter who’s in office–massive portions of the country will inevitably feel threatened. The decisions of the President of the United States or some unelected doctor in Washington, D.C., shouldn’t have to upend the daily decisions of everyday Americans in every corner of this country, but unfortunately, they do.

Something has to change.

My community should be permitted to make its own decisions, unmoderated by whoever happens to reside in the White House. Yours should too. But, when one person holds the power to regulate the day to day lives even of those he disagrees with, to rob them of their income should they fail to comply, national politics will consequently become more enstranging. Suddenly, we can no longer see others as fellow Americans but only as political threats. After all, they supported a candidate who threatens our way of life.

But it shouldn’t have to be that way.

Ideally, national politics wouldn’t be nearly as salient as it is in our current political climate. Very rarely should the choices of our elected officials in Washington, D.C., affect our day to day lives. Nevertheless, the federal government has become a mighty weapon with potential of being wielded against the opponents of the ruling majority in Washington, regardless of the political party they belong to.

Joe Biden’s divisive rhetoric is only adding undue fuel to the fire. But it also proves that the vitriol spewing from our nation’s capital will tear this country apart–unless we do something to stop it.

That’s why we need Convention of States: to take decision-making powers back from the far-off bureaucrats and politicians and return them to the states. For as long as Americans fear their own government’s ability to vilify and ostracize whichever half of the country happens to disagree with them, we will find ourselves incapable of becoming a united people again.

By supporting a Convention of States you can help lessen the unwelcome power of the federal government and play your part in restoring these United States of America. If you’re sick of the steady stream of vituperation proceeding from the mouths of those we elected to serve us, sign our petition below!