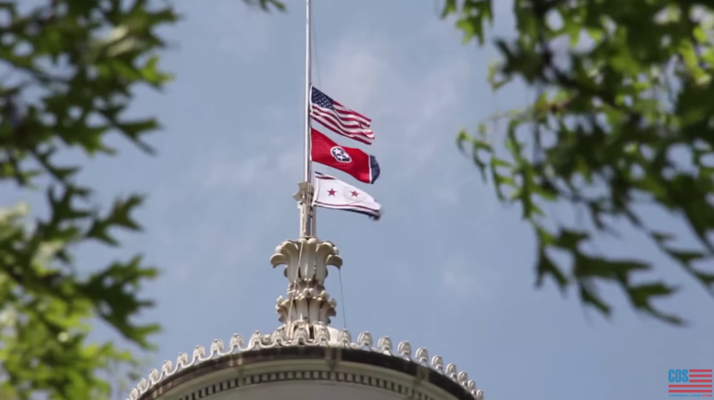 NASHVILLE, TN, Feb. 04—Tennessee’s 109th General Assembly made history as the House voted 59 – 31 to pass Senate Joint Resolution 67 (SJR0067), calling for a convention of states to propose amendments under Article V of the United States Constitution. The resolution, drafted by the Convention of States Project (COSP), calls for a convention to propose amendments on the following topics: “impose fiscal restraints on the federal government, limit the power and jurisdiction of the federal government, and limit the terms of office for its officials and for members of Congress.”

“Washington has grown too big and has overstepped its constitutionally limited powers,” said Mark Meckler, President of Citizens for Self-Governance and co-founder of the Convention of States Project. “The ultimate keepers of the rule of law and the Constitution are the people. Congratulations to Tennessee on becoming the first state to pass in 2016 to reclaim state power. An Article V Convention is the ultimate exercise of this power.”

“Our founders saw a day when we would need to stop the abuses of a federal government,” explained Rep. Sheila Butt (R-Dist. 64). “They wisely provided a tool that was a tried and true process, one they themselves had used 30 times before they got to the Convention in Philadelphia. The amendment process that is outlined in Article V of the constitution is their gift to us, we need to display the courage of our Founders and not the timidity of serfs. They work for We the people, and we are not happy with what they have done.”

COSP Tennessee State Director, Scott Williams said, “TN has launched the drive in 2016 for revolution 2.0. Our Founders fought to rid the nation of tyranny and ensure that the federal government was limited and defined. They gave us a civil and moral way to accomplish this in Article V, the tool to regain our Liberty without the bloodshed. It is time we told Washington NO More.”

“Our Founding Fathers would be appalled by today’s federal overreach,” said Rep. Jay D. Reedy (R-Dist. 74). “In their wisdom, the delegates at the Constitutional Convention of 1787 unanimously inserted into Article V the power of the States to be the final check on the federal government. Since our founding, the Article V convention process has only been used by the Congress and no by the States. It is clear that Congress does not have the political will to solve our country’s problems, but thankful we the people of the Volunteer State do.”

Ready to get involved in the fight? SIGN the petition and ask your state legislators to pass the Convention of States resolution in your state!