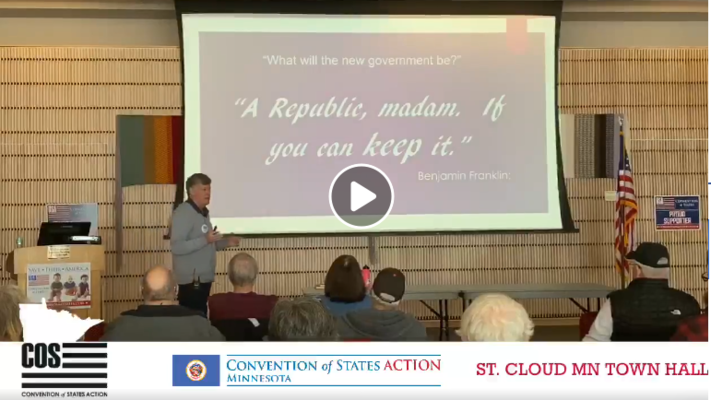 We hosted a town hall in St. Cloud on Saturday, February 1, and it was a big success. Team members came together to contribute, engaging the guests with information and passion.

District Captain Gregg Tangeman presented and shared his insight as to what kinds of financial troubles we face from having decades of federal overreach.

In the video below, he shows how it took two centuries for our nation to get our first trillion dollars in national debt but just four years to get our second trillion in debt. 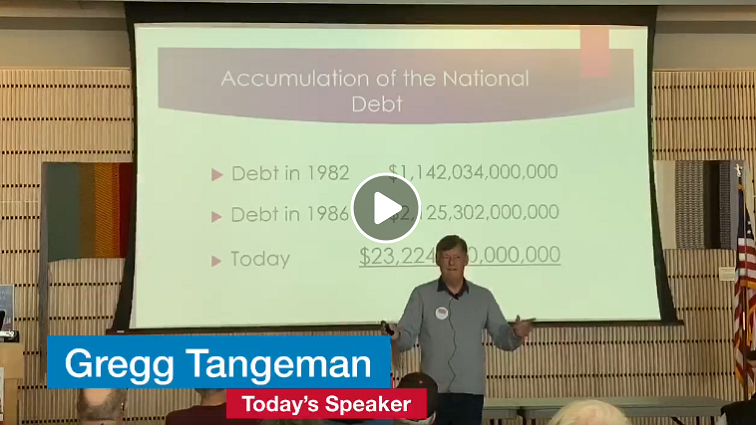 The situation has gotten so bad recently that national debt is now increasing by another trillion dollars, every single year. Federal spending is out of control but so is federal regulation.

This type of burgeoning, top-heavy government is what has toppled nations throughout history. All the more reason to hold a Convention of States to restore self-governance in America.

Interest and engagement was passionate on both sides.

Other team members also contributed to the effort.

Legislative Liason Steve Davidson stood up to answer some of the more technical questions about the Convention of States process, as well as what to expect from the opposition.

Other team members helped facilitate the event, including our Call Commandos who made 580 phone calls in order to get the message out about the town hall. It was truly a team effort in St. Cloud. So much thanks and praise goes out to these tireless Minnesota warriors!

Our mission: To build a strong, engaged army of self-governing grassroots activists.