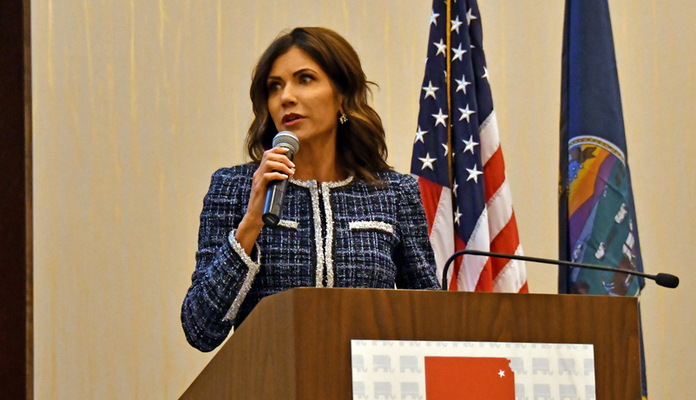 Proving once again to be an advocate for the people she directly represents, Noem signed an executive order on Tuesday that bars state employees and contractors from downloading or using the app on state devices.

Reiterating why state power is superior to the federal government’s authority, Noem’s move comes as national security concerns over the app grow. The order will help to secure statewide security.

“South Dakota will have no part in the intelligence gathering operations of nations who hate us,” said Governor Kristi Noem in a statement. “The Chinese Communist Party uses information that it gathers on TikTok to manipulate the American people, and they gather data off the devices that access the platform.”

TikTok has more than one billion users worldwide and its parent company ByteDance is owned in part by the Chinese government.

Incredibly, something as serious as national security as it pertains to the CCP has been somewhat overlooked when it comes to TikTok. Although reports on the risks have become widely known, our own federal government has taken minimal steps to secure our privacy.

A previous effort in Congress stopped federal employees from using the app on government-issued devices but did not address the security threat nationwide.

Former President Donald Trump announced plans to crack down on the app through an executive order while in office, although nothing ever surfaced. President Joe Biden is reportedly considering restrictions on America’s involvement in Chinese technology companies, but the data collection is far from its onset.

We find ourselves again encountering inexplicable negligence in our federal government.

Join the COS movement by signing our petition below and clicking here to see how you can get involved.