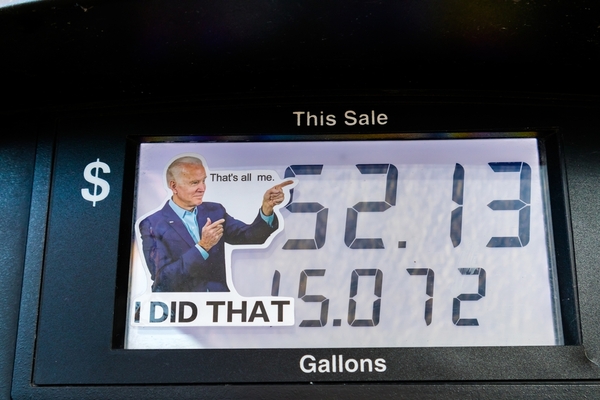 Nearly 60% of Americans believe that if gas prices reach $8 per gallon, President Joe Biden should step down, according to a brand new poll from Convention of States Action and the Trafalgar Group.

In the poll, respondents were asked, "If you have to pay $8/gallon for gas, do you believe President Biden should step down for mishandling U.S. energy production?"

“The mainstream, corporate media can try to cover for the Biden Administration as much as they want, but when Americans drive their cars to the gas station, there’s no covering up the price. Borrowing more money from future generations and sending out free gas money through ‘stimulus checks’ is not the answer and will make the problem worse by further weakening the dollar and fueling even worse inflation,” said Mark Meckler, President of Convention of States Action. “Voters want one thing: American energy. And if the President continues to stonewall on this point, they want him to step down. Washington, DC continues to vastly underestimate how furious the American people are about this wrongheaded policy." 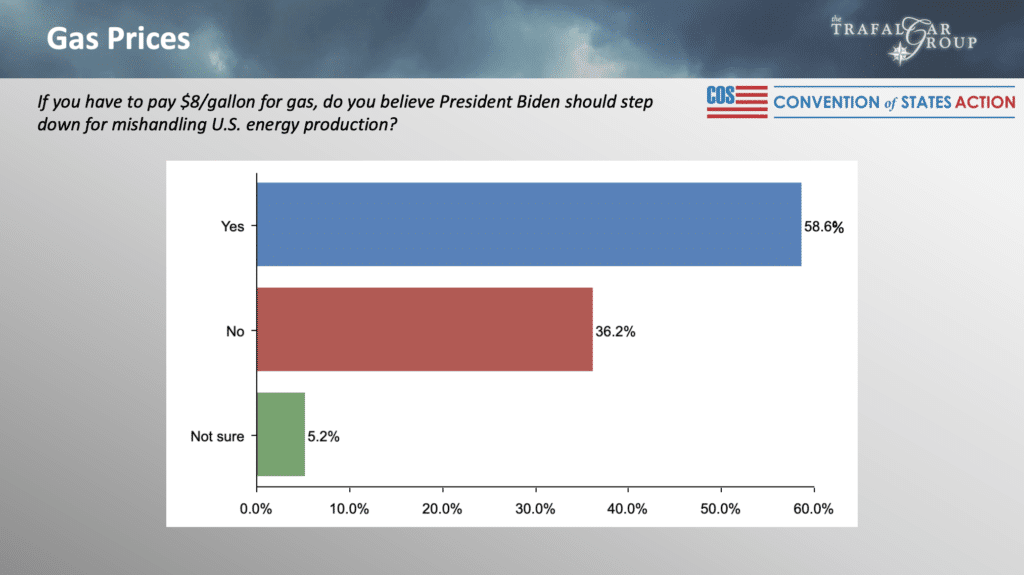 The president will no doubt argue that he doesn't control oil and gas companies, so he shouldn't be blamed for the skyrocketing rise in gas prices.

But here's the truth: thanks to the big-government policies of politicians like Joe Biden, the president does hold enormous sway over our country's economy. The White House can raise or sink the economy using a wide array of extra-constitutional tools, including executive orders, aggressive regulatory agencies, and a 24/7 bully pulpit.

Biden went after oil and gas companies from his first day in office, and now those companies are refusing to ramp up production. And why would they? This administration has said over and over that they want to "move away" from oil, and they've followed up that rhetoric with overbearing regulations and a focus on "green energy." In that kind of environment, oil and gas companies won't be eager to take risks and make investments ramping up production.

Biden is unlikely to resign over this issue. Fortunately, the Founders gave us a way to ensure that a tyrannical president can never again control huge swaths of the economy.

Article V of the Constitution allows the states to call a Convention of States for the purpose of proposing constitutional amendments. These amendments can limit the power, scope, and jurisdiction of the federal government -- eliminating a wide range of unconstitutional executive agencies and restricting the topics the president can control.

Gas prices shouldn't depend on who sits in the White House. After we call a Convention of States, they never will again.