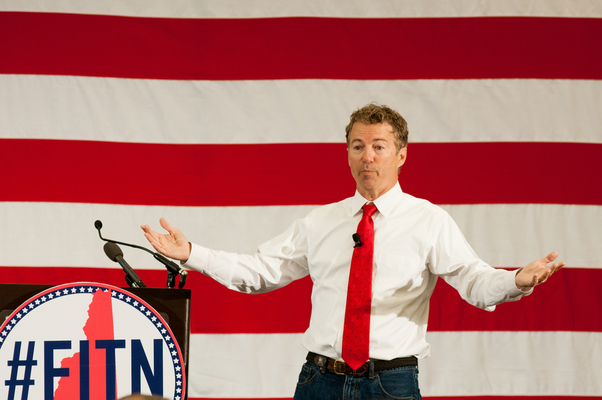 It's become commonplace among fiscally responsible Americans to point out how much taxpayer money is wasted every year in Washington, D.C., but many don't realize exactly how their hard-earned dollars are being used.

The Festivus report investigates every department in the federal government and finds the worst, most expensive examples of wasted taxpayer money. This year, Sen. Paul and his team identified over $54 billion in wasted taxpayer dollars.

As the report points out, that's enough money to build 465,000 miles of paved two-lane roadway, three years of the entire Treasury Department, or a 40" flat screen TV's for every American.

At the very least, that money could have been used to help Americans recover from tyrannical COVID-19 lockdowns. Instead, our $54 billion was spent useless studies, pointless programs, and failed foreign aid.

We scoured the report for some of the most egregious and costly examples of taxpayer waste, and here's what we found:

We could go on, but you get the idea.

Unfortunately, despite the condemnations from responsible statesmen like Sen. Paul, the majority of Congress has shown no willingness to address the federal government's wasteful spending. As Sen. Paul explains, the debt resulting from this waste is risking the long-term existence of programs like Social Security.

"It is more important than ever for Congress to find its fiscal backbone," he says in the Festivus Report. "Our debt puts at risk the long-term solvency of major programs such as Social Security. And why? To pay for test tubes for COVID tests that turn out to be soda bottles? To see if hot tubbing a few times a week eases stress?"

If Congress wont' take a stand to protect our futures, we'll take a stand for them. An Article V Convention of States has the power to propose constitutional amendments that force Congress to be fiscally responsible. These amendments can mandate a balanced budget and cap spending, but they can also prohibit Congress from making up the difference by just raising taxes.

Taken together, these amendments can compel Congress to address the billions they waste every year and get our nation's finances under control. With the Biden administration promising to blow out the budget once again, these amendments are more important than ever.

To get involved, sign the Convention of States Petition below!