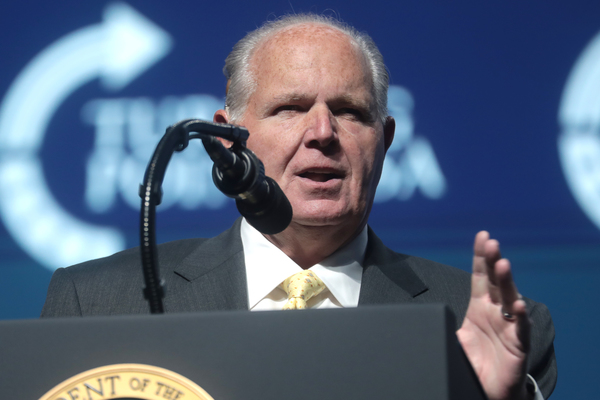 Rush Limbaugh spent his life advocating for liberty and defending the rights of American citizens. He encouraged his millions of followers to get involved in politics and make their voices heard at the local, state, and national levels.

One of the ways he urged his listeners to get involved was by joining the Article V movement. But those who oppose the Founders' solution to federal overreach have launched a disinformation campaign attacking both Rush and Convention of States Action President Mark Meckler.

In a recent post on social media, Montana State Senator Theresa Manzella claims that Mark lied about Rush's support for our movement. 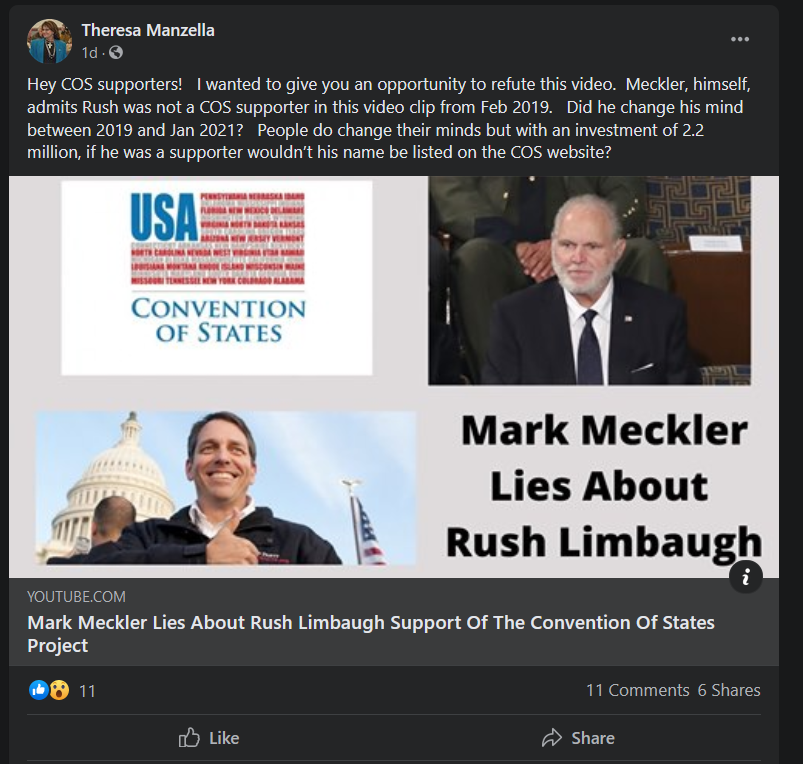 There's just one problem: we have evidence that proves otherwise. In a recently unearthed conversation with a caller, Rush encouraged the caller to purchase and read Mark Levin's Liberty Amendments, a bestselling book that called for an Article V Convention of States.

"Read it... it's fascinating," Rush said. "Everybody still asks me, 'Rush, what can I do, besides vote?' Everybody wants to do something. Well, look, the standard, ordinary give-and-take and back-and-forth of politics isn't going to work anymore... The Constitution is going to have to be put back together."

"The Founders understood what we are going through today was very possible, and they had a prescription to fix it," he continued. "There are remedies for this. The remedy is not the Republican party. The American people are going to have to fix this. And that's Levin's book. It's a wonderful book."

Click here for even more evidence that Rush was in favor of the Convention of States option.

Join the movement Rush supported. Sign the Convention of States Petition below!