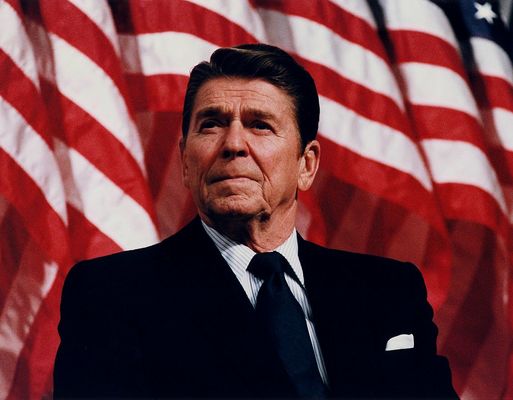 This week marks the 17th anniversary of the passing of President Ronald Reagan. President Reagan was among the staunchest defenders of liberty, and his legacy will forever inspire Americans to pursue strength, independence, and self-governance.

But even President Reagan, who accomplished more in Washington than many presidents, was at times frustrated with the unwillingness of the federal government to implement the policies necessary to protect future generations. He was especially worried about the national debt, and he urged Congress to propose a constitutional amendment to mandate a balanced budget.

In his 1984 State of the Union address, President Reagan voiced his support for a balanced budget amendment along with an amendment allowing presidents to veto specific budget requests without vetoing an entire bill:

It would be most effective if done by constitutional amendment. The majority of Americans approve of such an amendment, just as they and I approve of an amendment mandating a balanced Federal budget. Many States also have this protection in their constitutions.

Obviously, Congress never passed those amendments, and he voiced his frustration nearly 10 years later in a letter dated March 23, 1994, to Mr. Lewis K. Uhler, of The National Tax Limitation Committee:

“We can’t depend on Congress to discipline itself, as House and Senate leaders have once again demonstrated in rejecting a balanced budget amendment. . . Big-spending leaders of Congress stonewalled us at every turn and refused to pass an amendment that would have ended their reckless spending and deficits.”

(By the way, just to demonstrate how reckless and out-of-control our Congress has remained, when this letter was written America’s national debt in September of 1994 was $4.6 trillion. Today, it's over $29 trillion. Imagine what financial standing America would have today if we had been able to pass a balanced budget amendment?)

Unfortunately, so-called "conservative" groups scared and bullied legislators into stopping what would have been a monumental piece of legislation that would have held every legislator on Capitol Hill accountable. Almost $25 trillion later, the Eagle Forum and the John Birch Society are still at it, using fear mongering to intimidate state legislators into stopping one of the most important pieces of legislation in our lifetimes –calling for an Article V Convention of States.

In fact, anyone who opposes the use of Article V to save America gets to own the debt, corruption and insolvency that citizens are facing. Instead of using common sense and a Constitutional solution, these groups perpetuate lies, scare-tactics and fear mongering instead of uniting with Constitutionally-minded groups offering the bold solutions that Ronald Reagan talked about for decades.

Twenty years later, we are running pedal-to-the-metal toward the edge of the cliff, not just because of the federal government’s fiscal irresponsibility, but because of the giant leaps toward a socialist governance and structure that has unmoored America from its founding principles and documents. This is why the Convention of States Project was founded: to give the states the Constitutional ‘muscle’ needed to use a bold solution to fix a plethora of issues facing America—not just one.

The Convention of States Article V application is historic. The subject matter is specific to calling for fiscal restraint, limiting the size, scope and jurisdiction of the federal government and term limits for federal officials. Only those topics germane to this subject matter may be discussed among delegates to an amendments convention. Think about the political Megalodon teeth we could sink into re-balancing power in America: a balanced-budget amendment, making Presidential executive orders illegal, repealing Obamacare (no thanks to those elected in 2010, 2012 and 2014 on the promise of doing the job themselves), giving federally appointed judges term limits, and the list goes on and on.

If President Reagan were alive today, he would have supported our efforts. How do we know? Reagan’s letter to Lew Uhler continues,

“Lew it is clear that we must rely on the states to force Congress to act. . . Fortunately, our Nation’s Founders gave us the means to amend the Constitution through action of state legislatures, which you have been widely pursuing. . . Unless we act quickly, the people in the White House and those running Congress will bankrupt America. The good, honest productive people of America are frightened—and angry. They must get behind you in this effort. Our opportunity have never been greater.”

There are no more second chances. There are no more excuses from legislators who feign indignation with the federal government and then refuse to act. Ronald Reagan’s last sentence to Mr. Uhler read, “As I have said before: If not now, when? If not us, who?”