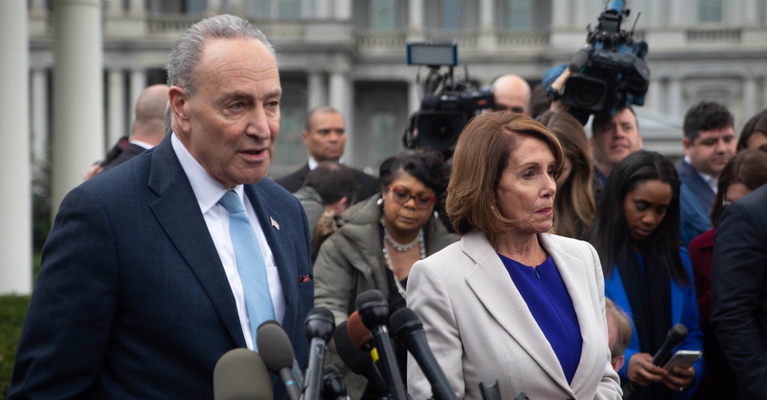 The Left is so scared of an Article V Convention of States that they’re attempting (and failing) to raise the alarm on the COS movement, which is halfway to convening a convention.

Hit pieces on Convention of States are in full force this week as power-hungry elitists begin to realize an Article V convention is a tangible solution that will permanently take power away from both Republicans and Democrats ingrained in Washington politics.

The Convention of States Project has been diligently working towards an Article V convention, with 19 of the 34 required states already passing the COS Resolution. However, the mainstream media is only just beginning to recognize the movement as a result of exponential momentum. The COS team could not be more excited to use this so-call ‘hit’ as an opportunity to spread the message to millions of more patriotic, freedom-loving Americans.

Business Insider reported on COS this week in a piece titled, Republicans' next big play is to 'scare the hell out of Washington' by rewriting the Constitution. And they're willing to play the long game to win. Other news outlets are using scare tactics in their reports on Convention of States this week as well.

Why the attacks? Because our movement threatens to take control away from people who have acquired an enormous amount of power and wealth. Sneaky and illegal political deals will no longer be so easy, and it will become difficult to stay in Washington for an extensive amount of time with term limits in place.

It appears we’re ‘scaring the hell out of’ progressives who could lose their widespread, centralized power. It’s not just Leftists either, but a small minority of Republicans who have spent their entire lives in Washington collecting unchecked power.

These attempted hit pieces come just months before the midterm elections, when some state legislatures could win over an adequate number of pro-COS representatives to pass the Resolution and help bring us closer to 34 states.

“The group with the most momentum, Convention of States, has 19 [states] at the moment so they’d need 15 more,” said Business Insider reporter Grace Panetta. “What is interesting is this movement in the context of Republicans' willingness to play the long game and achieve their goals over decades.”

COSA President Mark Meckler laughed at the Leftists’ ambush on the organization.

The mainstream attack on Convention of States has just begun, but our grassroots is made up of hard-working, committed Americans who are ready to WIN the war on Washington!

It’s time for We the People to let the politicians inside the federal government know they’re unessential, in the same way they let us know we were not essential. Sign the Convention of States petition and join your state’s team.