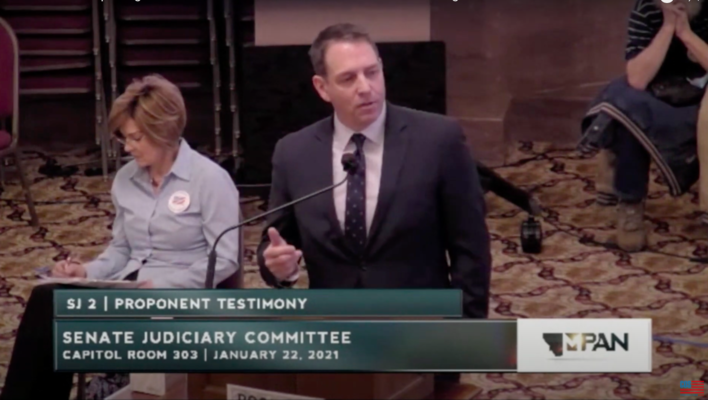 There’s no doubt that political division is a serious problem in America.

Polling data confirms just how fragmented our society has become. According to RollCall, one recent survey “asked voters to rank division on a 0-100 scale, with 100 representing “on the edge of a civil war.” The mean response was 70.36.”

Sadly, this fear that America may stand on the brink of civil war is palpable throughout the country. Politics has become so unavoidable, our disagreements so irreconcilable, it seems, to many Americans, that we may never be united again.

When testifying in the Montana legislature, Convention of States Action President Mark Meckler addressed these concerns.

“We’re seeing incredible division, perhaps the greatest division we’ve ever seen in modern America, and everybody, regardless of the side of the aisle or the political ideology, is concerned about what’s going on in the country today.”

Mark admitted that Americans, historically, have never really liked each. We’ve always had differing opinions, but thanks to Federalism, we were able to hold the country together, despite our political disagreements.

The country has survived fierce political debate in its past – what threatens to destroy us is not that, but our falling away from Federalism. When decisions are not left to be made as close to home as possible, when the federal government is as intrusive as it is today, it only makes sense that we would become divided.

Thankfully, as Mark explained, the Founders gave us a solution. Using Article V of the Constitution, we can require that the federal government only do what it has the constitutional authority to do, and that it leave the rest of the nation’s decision-making to the states.

To learn more of how this incredible, constitutional solution for decreasing political tension would work, watch Mark’s full testimony below!