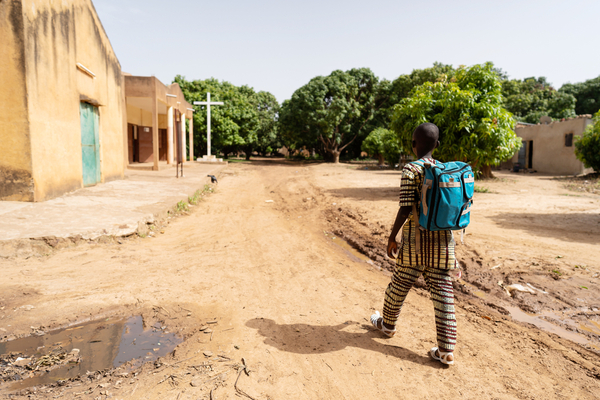 That’s the message Americans continue to receive as the President of the United States sends billions of dollars to nations most Americans can’t even point to on a map.

This time, it’s $200 billion directed to developing countries for the purpose of boosting sustainable projects “grounded in our shared values.”

However, the values in today's America are quite degraded.... which puts into question the steadfast values still held in many low-income nations.

The failed “Build Back Better World” initiative has been rebranded to the “Partnership for Global Infrastructure and Investment,” a collective effort by the G-7 countries to address the needs of low- and middle-income countries.

The four pillars, which are intended to "define the second half of the 21st century," are:

Funds will go towards a new plant in Senegal that will produce vaccines for COVID-19 and other diseases – a convenient set up for Big Pharma.

Of course not – but the world leaders will force their political agendas onto poor nations that still have religion and a moral compass.

Essentially, these are politically motivated funds that are contingent upon nations doing as the elite G-7 say. An additional $600 billion will be mobilized by the participating G-7 countries over the next five years.

American problems, not to mention, are again swept aside and more money is recklessly abused while our once booming economy sits on the brink of a recession. Here at home, there are plenty of issues pertaining to homelessness and poverty that go unnoticed.

While there are limited solutions to the out of control federal government, Article V in the Constitution gives us a way out through a Convention of States.

The states can sidestep the too powerful federal government by calling a convention to address the government’s size and jurisdiction, term limits and budget requirements. These D.C. politicians won’t make responsible decisions themselves to benefit We the People, so we’ll have to do it for them.

When it comes to foreign spending, we'll never be able to verify that our taxpayer dollars are actually going where they say it is…

A convention can stop this federal abuse that is expanding to a global scale. Let’s shrink things down and give liberty and self-governance back to the people.

Show your support for a Convention of States by signing the petition below.