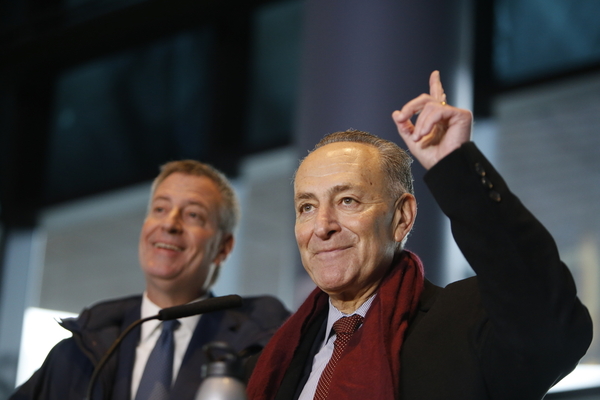 When a young person is approved for their first credit card, there's often an initial period of responsibility. They faithfully make full payments each month, relying on the advice they've been given about the dangers of accumulating interest payments.

Then, they make their first minimum payment and... nothing bad happens! So they make another and another and before long, they've accumulated thousands of dollars in credit card debt that they have no chance of repaying without bankruptcy or foreclosure.

Replace "young person" with "federal government" and "thousands of dollars" with "trillions of dollars," and you have a fair description of the state of our national finances.

Republicans and Democrats in Washington used to at least pay lip service to the massive deficit and accumulating national debt. But now, as a recent op-ed on The Hill points out, they don't even pretend to care:

In the old days, a decade or so ago, Democrats would have assailed Donald Trump's failure on federal deficits; instead of eliminating it, as promised, the deficit has doubled to a trillion dollars as far as the eye can see.

Republicans would be in full fury over the spending schemes of Democratic presidential candidates; even the mainstream moderates propose huge increases for health care, education and the social safety net for the disadvantaged.

Yet deficits, as a political issue, are dead.

Or, to put it another way, fiscal responsibility, as a political issue, is dead.

And don't be fooled by those partisan economists who say we can spend as much as we want without repercussions. They're like that young person's friends, confidently assuring them that they won't ever face the consequences of their actions -- "so go ahead and buy those shoes!"

Instead, listen to what the late, great economist Milton Friedman had to say. Friedman, like many economists, was concerned about our nation's spending habits, but he had a solution: a Convention of States.

A Convention of States can propose constitutional amendments that restore our federal government to its constrained, limited role in our nation's system of governance. These amendments can shrink the size of the federal government's administrative state and the size of its budget. They can impose a balanced budget requirement, spending limitations, and tax caps.

Congress won't get our nation back on track. It's up to We the People, and we can do it with a Convention of States.