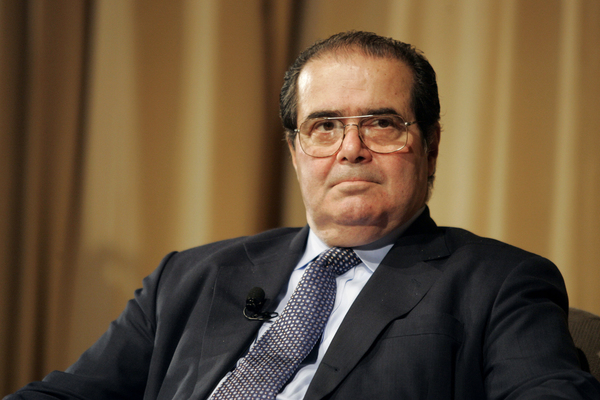 We know now what a loss Antonin Scalia's untimely death has been for American thought, culture, and jurisprudence.

The stalwart originalist had a deep respect for the Constitution-as-written, and he worked tirelessly to defend our founding document against the encroachments of the federal government.

But even before he rose to prominence, Scalia knew the struggles America would face. As an article published in the National Sentinel points out, Scalia predicted in 1979 exactly how Congress would try to ignore the will of the people.

The future justice said that “a widespread and deep feeling of powerlessness in the country is apparent with respect to many issues, not just the budget issue. The people do not feel that their wishes are observed. They are heard but they are not heeded, particularly at the federal level.

“The basic problem is simply that the Congress has become professionalized,” he said. “Its members have a greater interest than ever before in remaining in office; and it is served by a bureaucracy and is much more subject to the power of individualized pressure groups than to the unorganized feelings of the majority of the citizens.”

“Congress isn’t willing to give attention to the real issues people are concerned with,” he continued. “Instead, they’re concerned with their own electability. Constitutional amendments are difficult and take time and coalition-building. Why bother with that when you can merely promise it?”

The solution? According to Scalia, the people should call a Convention of States.

Scalia observed that just by utilizing the Article V convention process, states could spur changes at the congressional and bureaucratic levels.

“One remedy for that, the one specifically provided for in the Constitution, is this amendment process which bypasses the Congress. I would like to see that amendment process used — just having it used once will exert an enormous influence on both the Congress and the Supreme Court,” he said.

Need more proof? Check out this clip from the event at which Scalia made his remarks.