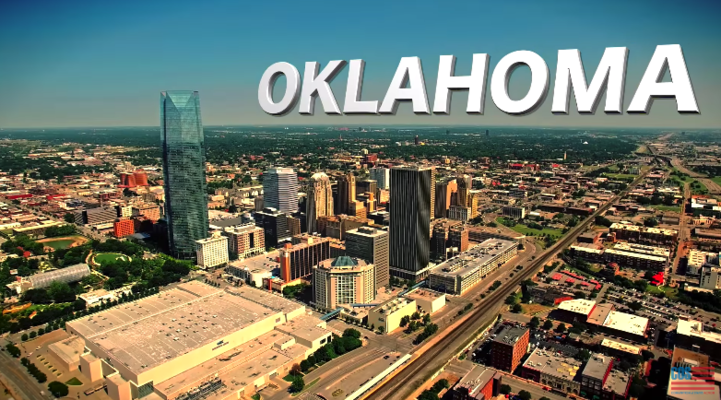 OKLAHOMA CITY, OK., April 26—Oklahoma’s 55th Legislature made history yesterday as the Senate voted 30 - 16 to pass Senate Joint Resolution 4 (SJR4), which calls for a Convention of States to propose constitutional amendments under Article V of the United States Constitution. The Oklahoma House passed SJR4 last week 57 – 33. The resolution calls for a convention to propose amendments on the following topics: “impose fiscal restraints on the federal government, limit the power and jurisdiction of the federal government, and limit the terms of office for its officials and for members of Congress.”

“Today, Oklahoma citizens and legislators had the courage to use the Founders tool that is Article V by passing SJR4, making Oklahoma the seventh state to pass the Convention of States Resolution,” stated Tom Coburn, former U. S. Senator (OK). “It is heartening to see the hallmarks of true statesmanship exhibited this session by representatives in my state.”

“The so-called political elite in Washington, D.C., have been ignoring the will of their constituents for years,” said Mark Meckler, President of Citizens for Self-Governance and co-founder of the Convention of States Project. “The people and the states created the federal government, and today Oklahoma asserted its rightful authority and took the first steps toward limiting the power, scope, and jurisdiction of Washington, D.C. Our COS Project team in The Sooner State did a fantastic job, and I’m honored to work with such dedicated patriots.”

SJR4 is sponsored in the Senate by Senator Rob Standridge (15) and in the House by Representative Gary Banz (101). Eight additional senators and five additional representatives signed their name to the resolution as co-authors. The resolution was also bolstered by an active and quickly growing grassroots organization with more than 8,500 Oklahomans choosing liberty.

“Today, Oklahoma stands shoulder to shoulder in agreement with the other states who believe the federal government is out of control,” said Senator Rob Standridge (SD-15). “I concur with Col. William Barton (RI), revolutionary war hero, who said during the Rhode Island Constitutional ratifying convention that the state provision in Article V ‘should be written in letters of gold.’”

“Today we took the step to ensure that the next generation has a safe and secure Republic,” said Rep. Gary Banz (HD-101). “Oklahoma wants to be a part of the conversation about restoring a balance between the states and the federal government.”

Want your state to follow Oklahoma's lead? Signing the Convention of States petition is a great place to start!