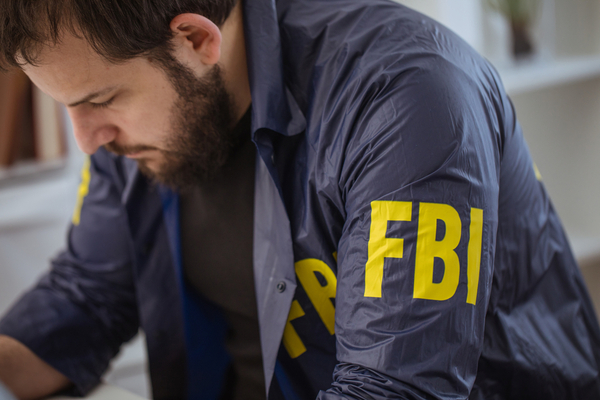 Larry Nassar is a sick and evil monster.

For nearly two decades he served as a doctor for the USA gymnastics team in which position he sexually abused hundreds of young girls and women serially – usually under the guise of a “medical examination.”

The magnitude of Nassar’s crimes is unspeakable. The pain he caused so many girls, some of whom were as young as six and nine, others whom he abused hundreds of times, ought to disgust and enrage us all.

Words truly can’t describe how wholly degenerate this man is. Thankfully, he’ll be spending the rest of his despicable life rotting in a jail cell.

But how is it that one man could get away with committing so many crimes for so long? Didn’t anyone ever try to stop him?

As it turns out, yes – his crimes were reported many times. But behind the scandal of Nassar’s abhorrent “practice,” lies another egregious scandal.

Beginning in 2015, FBI officials were informed of sex abuse allegations against the doctor but failed to take proper action. Some reports suggest the bureau even tried to cover up the situation.

Ultimately, it took the FBI officials involved 10 months to even take the investigation seriously. And once they did respond, according to the Justice Department's report on the subject, they “made numerous and fundamental errors…and violated multiple FBI policies when undertaking their investigative activity.”

During that time, Nassar’s abuse continued, even though the FBI was fully aware of his alleged crimes.

According to gymnast Simone Biles, one of many victims tragically abused by her team’s physician, “an entire system” was at fault for, “[perpetrating] his abuse."

But just yesterday, the “system” announced that it would not prosecute the agents who made “false statements and [failed] to properly document complaints by the accusers” while handling the case.

Understandably, many Americans were incensed by this decision. As two senators described it, “FBI agents who knew of Larry Nassar’s abuse, did nothing, and then lied about it will face no legal consequences for their actions.”

The FBI is corrupt. The fact that the bureau had the opportunity to save potentially dozens of young girls from Nassar’s monstrous abuse, but chose not to, is sickening. That the agents who are responsible for that sickening inactivity will walk away completely unprosecuted, is proof that the FBI is in desperate need of accountability.

Its failure to punish the agents who benefited a man as evil as Larry Nassar is yet another reason why we need to hold the federal government accountable for cleaning up its corrupt bureaucracies.

To take a step in that direction, sign the petition and get involved with the Convention of States movement!