Swamp monsters don't get much bigger than Joe Biden, and a new poll from Convention of States Action and the Trafalgar Group shows that Americans are beginning to catch on.

According to the poll, a whopping 56% of Americans -- including 65% of Independents -- believe the Biden's business interests in Ukraine present a conflict of interest as he attempts to navigate the Russia/Ukraine war. 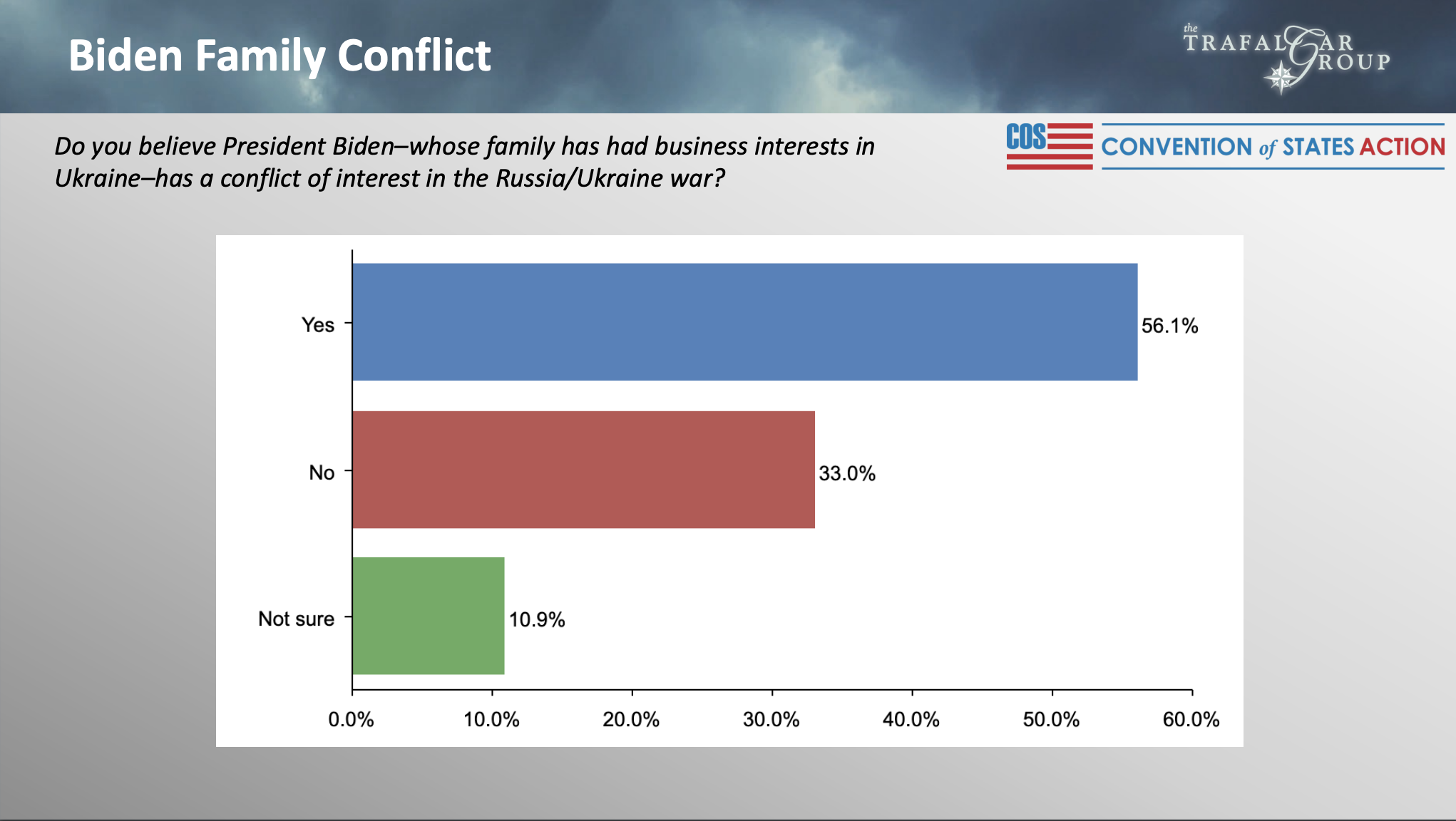 We can try to elect a better president in 2024, but here's the honest truth: we can't trust the future of our country to one man or woman. The president has far too much power, which makes any potential conflict of interest disastrous to our country.

These amendments can limit the power, scope, and jurisdiction of all three branches of the federal government, including the president. Amendments can be written that ban executive orders, limit the power of every executive federal agency, and return that power where it belongs: with the people and the states.