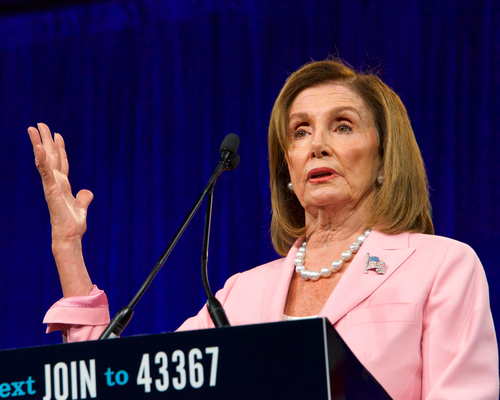 Remember last year when Speaker of the House Nancy Pelosi suggested that federal politicians should decide what people post on social media?

If you missed it, Pelosi suggested that freedom of expression for social media companies is a "gift" and a "privilege" that can be rescinded if tech companies don't move in the direction she wants.

That campaign hasn't gone far, but Pelosi hasn't given up. In a press conference earlier this month, she slammed Facebook for "misleading the American people."

House Speaker Nancy Pelosi ripped into Facebook on Thursday during her weekly press briefing and accused the social media company of “schmoozing” the Trump administration out of tougher regulation.

“They have been very irresponsible,” Pelosi said about the social media giant. “I think their behavior is shameful.”

The first step to controlling social media is to discredit these companies in the minds of the American people. It looks like that's exactly what Pelosi plans to do.

Big tech is far from blameless, but Pelosi's agenda begs the question: if Facebook can't decide what appears on its platform, who can?

Pelosi and federal officials would suggest that they are more trustworthy than the companies in Silicon Valley. The American people can trust politicians to dictate what does and doesn't go viral because they have our best interests at heart.

Wrong. Federal politicians are, if anything, less trustworthy than big tech companies, and it's time their big-government campaigns come to an end.

Politicians like Pelosi will never stop trying to accrue power, but we can place real, constitutional limitations around their efforts with an Article V Convention of States.

A Convention of States is called and controlled by the states and has the power to propose constitutional amendments. Once ratified by 38 states, these amendments can restrict Congress and the federal government to legislating and spending money on a narrow window of topics. Such amendments would restrict federal jurisdiction and put the American people back in charge of their own lives -- and social media accounts.

Sign the Convention of States Petition below to show your support!