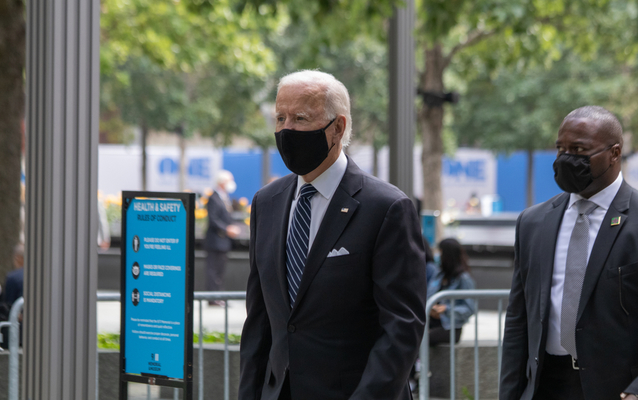 President Joe Biden has launched a campaign to create a nationalized vaccine passport system, and it's only a matter of time before that system is weaponized against liberty-loving Americans.

While the White House insists there will be no vaccine mandate, Convention of States Action President Mark Meckler isn't so sure.

"We’ve heard this song and dance before," he said in a recent editorial published in the Western Journal. "The left also insists that they don’t want a nationwide gun registry, but they passed a universal background check mandate that will require a registry for enforcement. They claim they don’t want nationalized health care, but Biden’s 'public option' would effectively destroy private insurance companies."

The administration won't exercise restraint once it becomes clear that a large percentage of Americans don't want to take the vaccine. The vaccine passport system is just the first step. The mandate will come later.

Even Americans who plan to take the vaccine have cause to be worried about Biden's agenda. Forcing Americans to undergo a medical procedure violates their constitutional rights, and the right to privacy protects their decision from being made public. If Biden can force us to take the COVID-19 vaccine, it's only a matter of time before he uses the same logic to force us to do something much less popular.

What can we do to fight back? Mark has three suggestions:

"Denying people the right to travel or engage in everyday public activities unless they meet the federal government’s criteria is not only unconstitutional but tyrannical," Mark says.

It's time for We the People to unite around the Convention of States movement and say "No!" -- once and for all -- to federal overreach. To join, sign the petition below!