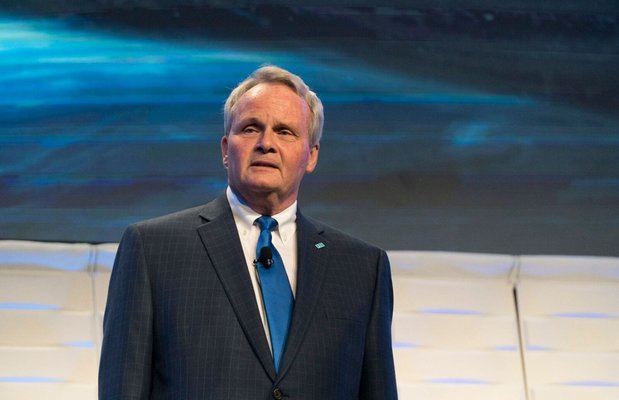 The Convention of States Project, a national effort to call a convention under Article V of the United States Constitution, is pleased to announce an endorsement from Lawrence Reed, President of the Foundation for Economic Education (FEE).

As a champion of liberty for decades, he understands better than most, the perilous path our country is currently following. His combined economics and history expertise and knowledge has led him to endorse the Convention of States Project.

Reed stated, “Many great civilizations failed when government became too large, spending grew and debt ballooned—causing economies to collapse, and liberty to erode. Liberty demands vigilance; we must work to preserve it. I support the Convention of States Project’s mission to use Article V to put limits on federal power for both us and for generations to come. If we fail as a nation it will be because we failed to address the problems facing us."

Mark Meckler, President, Convention of States, explained, “Lawrence Reed stands among America’s (and the world’s) great champions for liberty, and the Convention of States Project is honored to receive his support and endorsement. As the President of the Foundation for Economic Education, no one understands more thoroughly the need to reach young leaders with the ideas and tools which will empower them to preserve our great nation for generations to come.”

He has served as the President of the Foundation for Economic Education (FEE) since 2008. FEE places a priority on educating the millennial generation about liberty and free-markets. Reed has authored over 1,000 newspaper columns and articles and dozens of articles in magazines and journals in the United States and abroad. His writings have appeared in The Wall Street Journal, Christian Science Monitor, USA Today, Baltimore Sun, Detroit News and Detroit Free Press, among many others.

Want to join Reid and the dozens of national leaders and thinkers who support the Convention of States Project? Sign your name to the petition below.