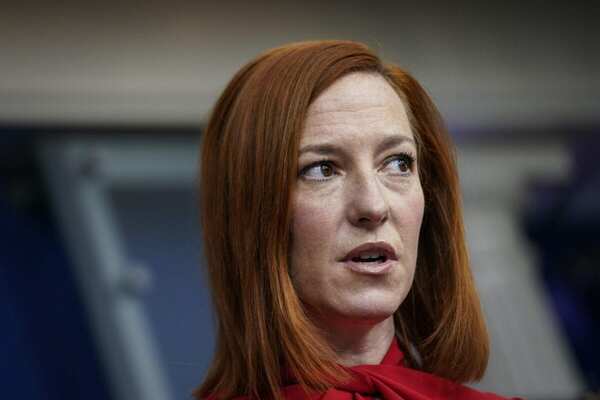 Former White House Press Secretary Jen Psaki will be forced to answer questions under oath regarding Big Tech censorship after a judge on Monday rejected her request to evade the subpoena.

Plaintiff evidence reportedly shows Biden administration officials worked with Facebook and other platforms to suppress speech, something many on the conservative side have felt on social media platforms for years.

Now working for MSNBC, Psaki claimed the order would be an “undue burden” on her work and family. However, a judge didn’t see it the same way.

U.S. District Judge Terry Doughty, a Trump appointee, said the plaintiffs “have proven that Jennifer Psaki has personal knowledge about the issue concerning censorship across social media as it related to COVID-19 and ancillary issues of COVID-19.”

Psaki wrote in her attempt to avoid the declaration that it “would be extremely burdensome for me. Among other things, I understand that I would need to devote several days to preparing for the deposition, as well as attending the deposition itself, and that would be highly disruptive to both my work and my family.”

The judge said that “any burden on Psaki is outweighed by the need to determine whether free speech has been suppressed.”

“Preparing for and giving a deposition is part of the normal process for every person subpoenaed for a deposition. It is not an undue burden,” he added.

It’s no shock that preparing to answer questions under oath will take several days. Yet Psaki tried to avoid accountability for her actions that are potentially violating every American's First Amendment rights.

Without free speech, We the People have nothing to stand for because we’re no longer allowed to openly express our personal opinions, feelings, and beliefs.

The Constitution must be followed and when public officials knowingly violate our rights to create a narrative in the media, we can pray and hope accountability falls on those involved.

The White House is behind several faulty matters that seem to boost the influence of Big Tech and Big Gov while taking away our individual freedoms.