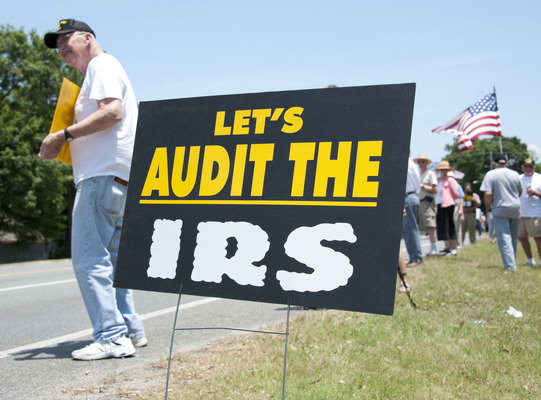 A March report from the Treasury Inspector General shows that the IRS incorrectly issued over $100 million in stimulus checks, $64 million of which was distributed to dead people.

These incorrect payments were reportedly caused by a computer programming error, ultimately causing 45,000 payments to be sent to people who died before Jan. 1, 2021. The stimulus checks were part of Biden’s American Rescue Plan, which was signed into law in March 2021.

"We alerted the IRS to this programming error in April 2021. IRS management agreed that these payments were issued erroneously. However, IRS management did not provide their corrective action to address future erroneous payments,” the treasury inspector general stated in the report.

"We identified 406 additional payments for a deceased dependent that were issued after we alerted IRS management."

But that’s not all!

Up until September, the IRS issued more than 1.2 million payments totaling $1.9 billion to potentially ineligible individuals, including ineligible dependents and nonresidents, and duplicate payments to individuals with a filing status change. 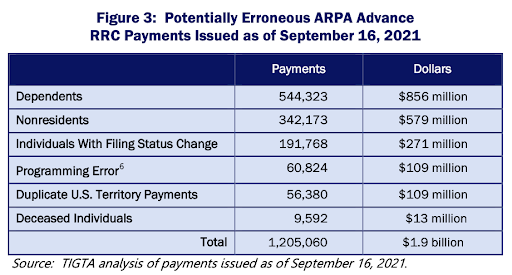 Simply put, taxpayer money went to so many ineligible people for "COVID relief." Even ineligible nonresidents potentially received over half a billion dollars erroneously.

It seems the IRS does not know how to handle our money responsibly. The department is disorganized, reckless and disrespectful to American taxpayers and the money we work hard for every day.

A watchdog found that payments given in 2020 had even more problems, with $3.5 billion given to nearly 2.2 million people who were deceased.

The federal government handles too much of our money with too little oversight or real accountability. No matter the party, they have proven that they will disregard us and do as they please. If this weren’t the case, the IRS would have changed its ways after its 2020 errors.

Yet again, we see the need for a Convention of States. We can cut federal spending by implementing budget restraints, minimize spending, and putting the power back in the hands of the people.

Show your support by signing the petition below!