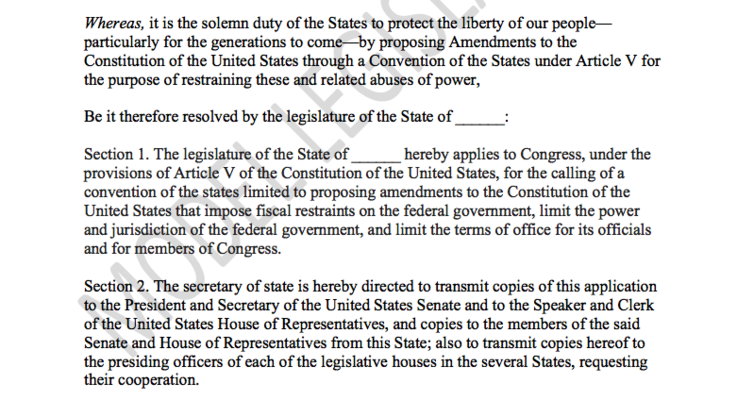 From sea to shining sea, the Convention of States movement is sweeping the nation.

I’m pleased to announce that Florida and Alaska have both officially passed the Convention of States application to limit the power and jurisdiction of the federal government.

Our deepest thanks go to our volunteers in these two states. Their commitment to write letters, make phone calls, and attend committee hearings made this victory possible. Their voices were heard, and we’re now two steps closer to calling the first-ever Article V Convention of States.

It’s been an amazing year so far, and we predict even more states will follow Florida and Alaska’s lead. Thank you, once again, for your hard work, dedication, and love for these United States.