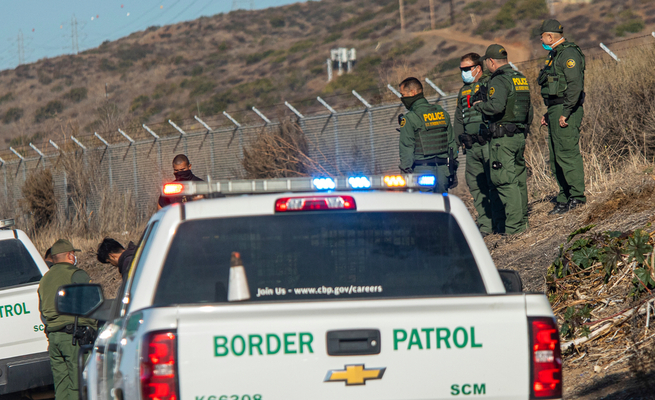 In the latest southern border lawsuit, a federal judge has sided against the Biden administration releasing “criminal illegal aliens” into the U.S. instead of deporting them back to their home country.

The lawsuit was brought by both Texas and Louisiana officials, who sought to challenge a memorandum issued by Department of Homeland Security Secretary Alejandro Mayorkas, which said illegal criminals didn’t need to be detained.

The Texas judge released a 96-page opinion and discarded the Biden administration's memorandum, calling the policy “arbitrary and capricious, contrary to law, and failing to observe procedure under the Administrative Procedure Act.” The judge also denied the administration's request for relief.

“A federal judge has just ruled with us that the Biden Administration can no longer refuse to detain criminal illegal immigrants. This is a major win for our national security and the rule of law,” said Louisiana Attorney General Jeff Landry.

But the bigger issue at hand is that the administration continues to implement unlawful policies over the states that eventually get overturned once in front of a judge. Over and over again, this administration’s policies have been discarded once reviewed by the judicial system, the only check and balance that is holding them accountable.

Unsurprisingly, Biden is expected to appeal the ruling. His administration will continue to overstep its boundaries and disregard the legal system until stopped by the state lawsuits.

This is clearly an overreaching federal government that only does what is right when forced to through the legal system. The states and the people need to retake their power in order to prevent this kind of power-grabbing system from continuing. Through an Article V convention, the states can hold federal officials accountable.

Convention of States seeks to restore self-governance and liberty to the people through proposed amendments to the Constitution. We know the federal government won’t be a check on itself, but the states can do so. Term limits, fiscal restraints and an overall limit to the government’s power can be implemented by the states.

Join the COS movement by signing the petition below and get involved in your state's team.