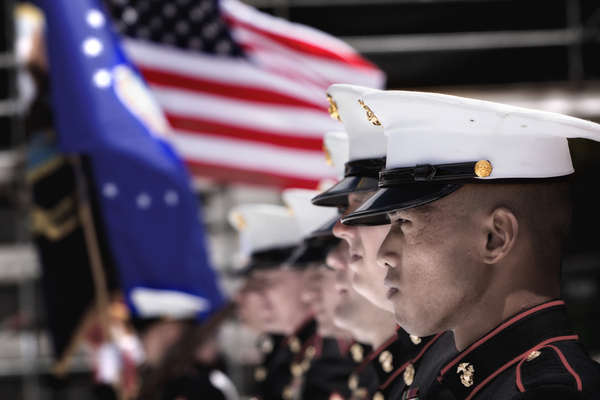 If you only watch the mainstream media, you'd be forgiven for thinking that Americans don't like their flag and aren't proud of their country.

As the Olympics begin, we've seen story after story about athletes refusing to stand for the national anthem, criticizing the country that afforded them the opportunity to compete, and otherwise expressing shame of being American citizens.

But Olympic athletes don't represent We the People, and we have a new poll to prove it.

According to a recent survey by Convention of States Action and the Trafalgar group, a surprising 81.7% of Americans express "pride" or "patriotism" when considering the American flag. Only 8.4%, by contrast, voiced "suspicion" or "shame" when thinking about the flag. 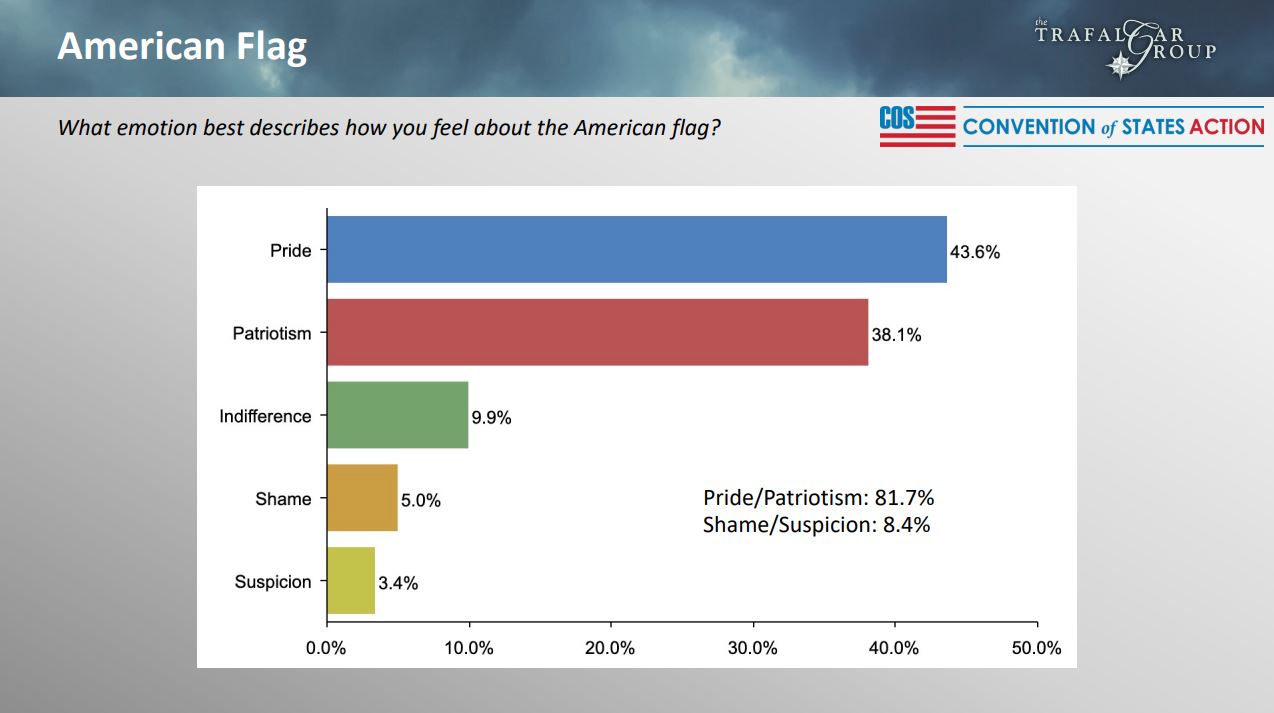 “Heading into the Olympics, these numbers demonstrate that—on issue after issue—America is still America, a nation of good and decent people. The public isn’t buying the lie that our flag is a ‘symbol of hatred’ or oppression, and our Olympians are proud to represent the stars and stripes in Tokyo, ” said Mark Meckler, President of Convention of States Action. “And for those few who said they feel shame, indifference, or suspicion when thinking about our flag, I’d like to remind them that the right to express that view was paid for by the blood of men and women who made the ultimate sacrifice to protect this symbol of freedom around the world.”

Americans of all political parties agree.

Unfortunately, the federal government is in lockstep with the media on this issue. The Biden administration is dead-set on sowing shame in our country, whether by promoting Critical Race Theory or by supporting athletes who kneel for the national anthem. If we want to ensure that these policies and postures aren't mandated by Washington, we must act NOW to limit their power and jurisdiction.

A Convention of States is called and controlled by the states and has the power to propose constitutional amendments that limit the size, power, and authority of the federal government. These amendments can limit executive power by mandating that only Congress can create laws and policies, and finally drain The Swamp by eliminating many federal agencies.

Americans have much to be proud of, but we must act now if we want to ensure our children and grandchildren can enjoy the same freedom and prosperity we do. To join the Convention of States team in your state, sign the petition below!